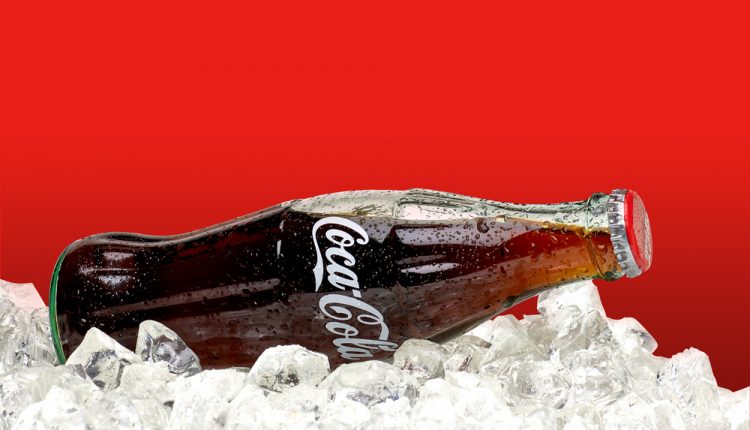 Coca Cola shares saw a 2.15% rally in yesterday’s session with the stock up another 0.61% pre-market on Tuesday. Shares in the US beverage giant have responded favorably to recent news regarding new technology the company is introducing. Coca-cola unveiled new “scan and pour” dispensers which the group has invested in as a means of upgrading the companies products and services in line with the changes required by the global fight against COVID-19.

These new dispensers and technology, called “Coca-Cola Freestyle” will allow users to scan their phones across the machine connecting their phones to an interface hosted on a cloud-based server allowing them to choose their drinks and pay. Notably, the technology will not require users to download an app. It totally eliminates the need for any contact with the dispenser.

“Holding your camera up to the display auto-scans a QR code, which immediately connects to the cloud and brings the Coca-Cola Freestyle user interface to your phone. You then select from the full menu of brands and flavors – and pour.”

Planning To Replace All Dispensers By Year-End

Coca Cola is currently testing these machines in Atlanta where three restaurants have already signed up. According to its own projections, Coca Cola plans to ship 10,000 of these dispensers over the summer. By the end of the year, they plan on replacing all existing dispensers with the new technology.

Coca Cola shares have been trading a rather stagnant $43 – $50 range over recent months. Despite the easing of lockdown restrictions around the world, diner levels at restaurants are still well below where they were pre-virus. A residual level of “coronaphobia” means that restaurants are needing to find new ways to encourage customers to dine. Coca Cola’s new technology represents an innovative solution to such problems. It should see strong demand as lockdown measures continue to ease, creating a favorable outlook for the US beverage giant.

Coca Cola is due to report Q2 earnings on Tuesday, July 21st. Despite a decline of 1% in net revenues, which fell to $8.6 billion, the company beat estimates in Q1. Earnings per share were $0.51 versus $0.44 expected. This time around, the market is forecasting earnings per share of $0.41 as a result of the disruption and loss of demand over Q2 as a result of the pandemic. 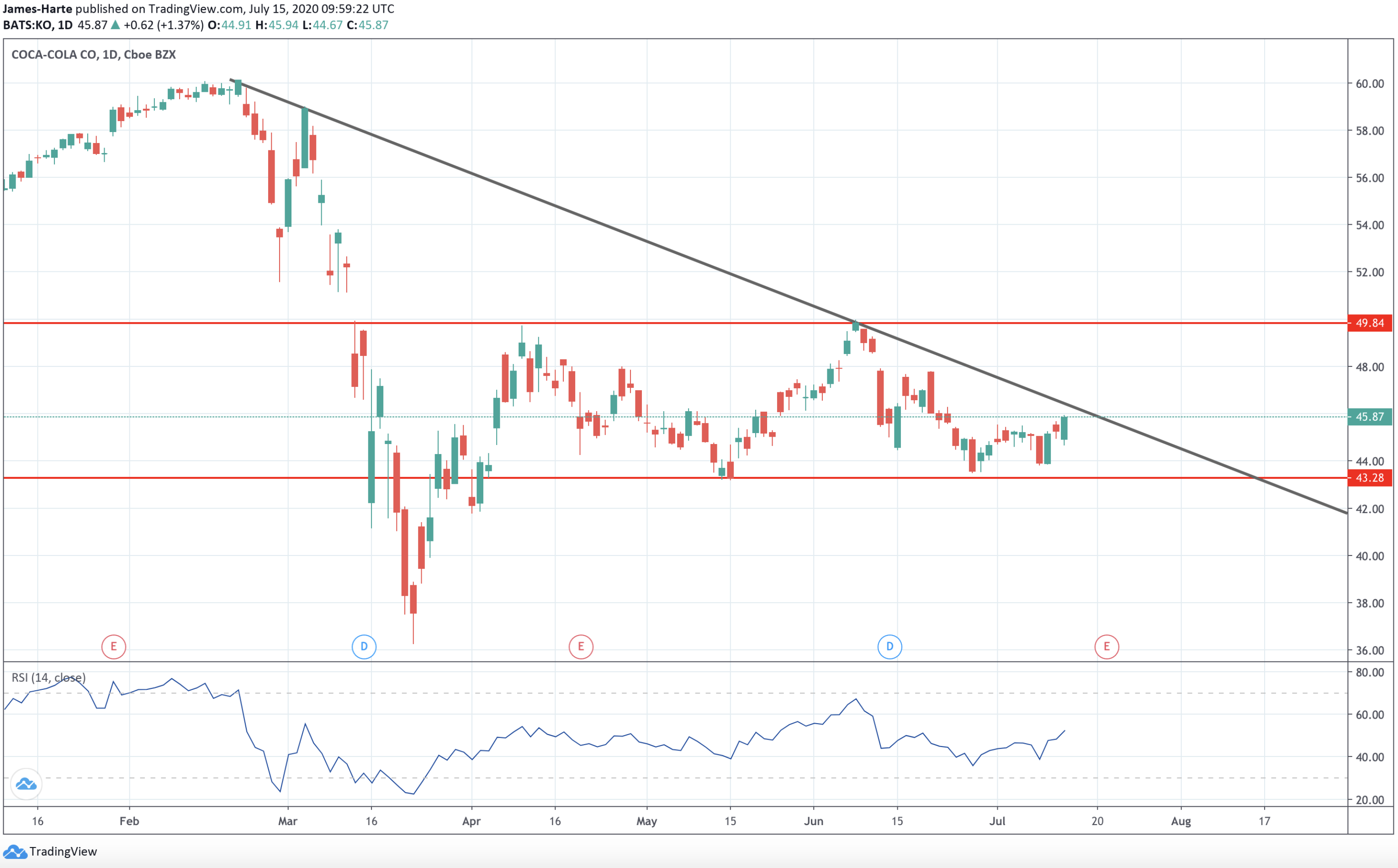 Coca Cola is now fast approaching another test of the bearish trend line from 2020 highs. If price can break above here, the 49.84 level will be the next resistance level to watch. This would mark the upper limit of the $6 range which has framed price action over the last three months. To the downside, 43.28 remains the key level to watch.