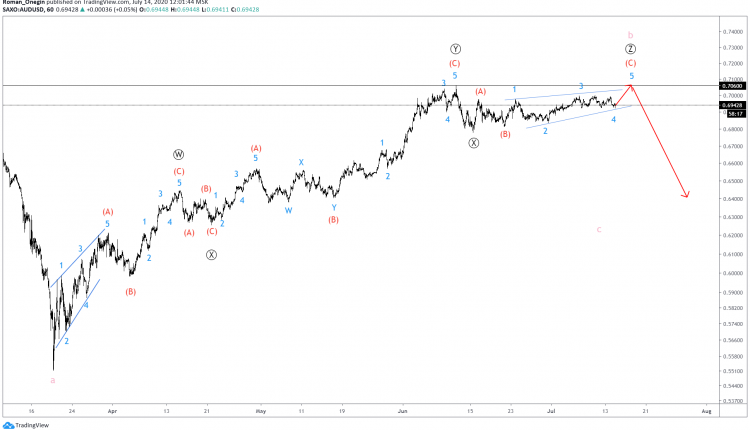 The AUDUSD structure shows a completed cycle degree impulse wave a. This is followed by a triple Ⓦ-Ⓧ-Ⓨ-Ⓧ-Ⓩ zigzag in wave b.

Wave Ⓩ of the complex pattern has completed only waves (A) and (B) of the bullish (A)-(B)-(C) correction.

The remainder of wave (C) could form an ending diagonal should it continue up for the final leg.

Minor wave 5 could end near 0.706 top as this is the previous high recorded by wave Ⓨ. A decline can be expected after the successful completion of wave b. 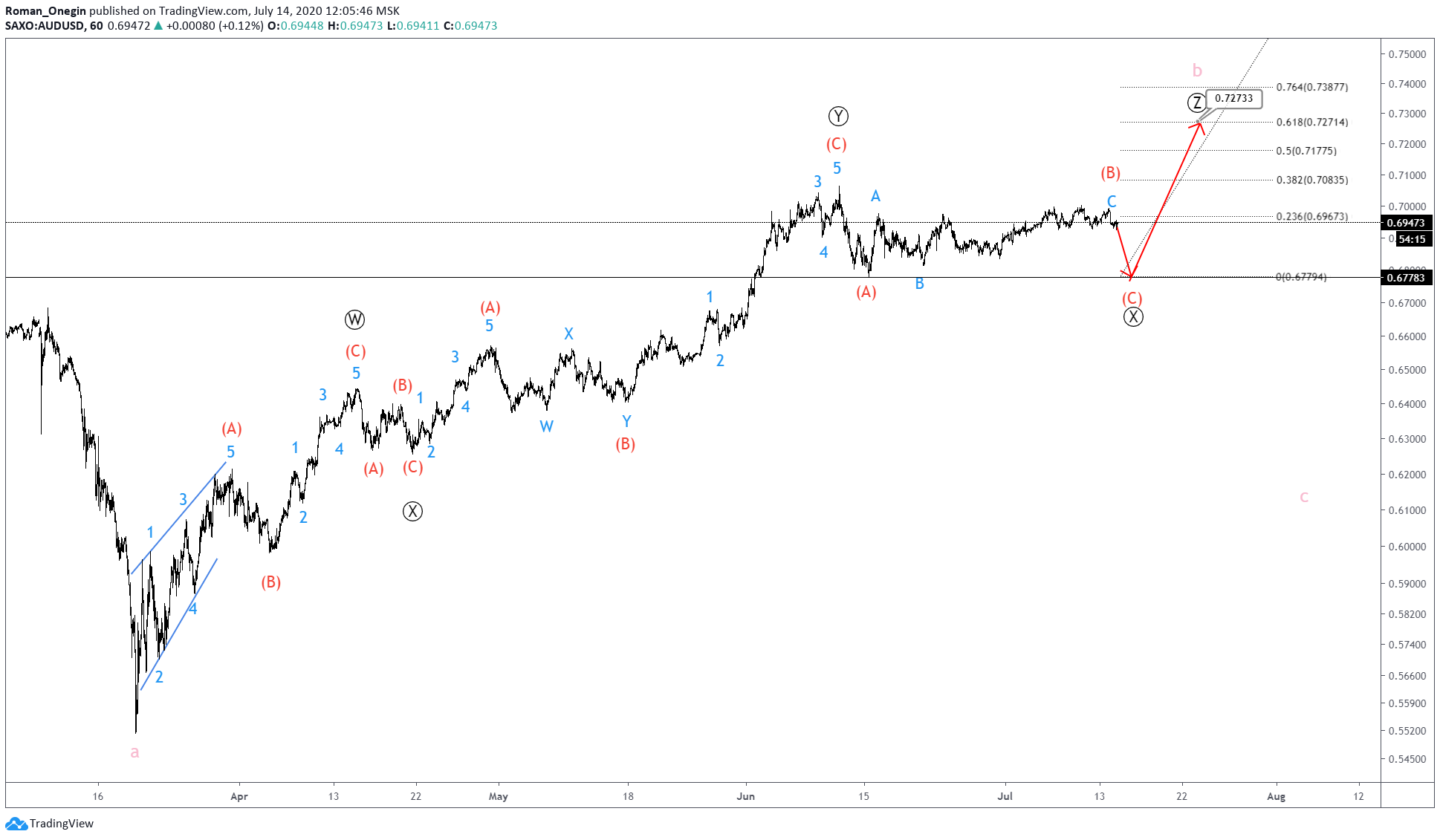 An alternative scenario suggests that the primary intervening wave Ⓧ is not yet complete.

This is the previous low registered by impulse wave (A).