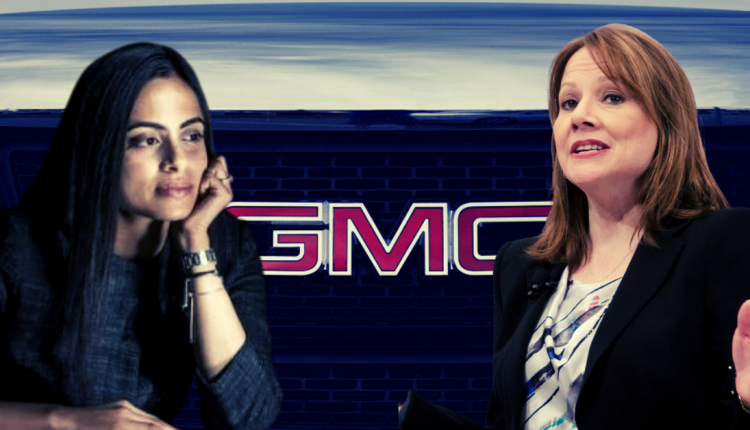 The US automobile giant reported losses of -$0.50 per share over the June quarter. While this was better than the -$1.77 per share losses expected, it still markers a heavy loss over the quarter.

GM reported overall losses of $806 million for the quarter, which it expects will be the worst quarter of the year for the auto industry. The key driver of losses was a 34% decline in US vehicle sales. This was a direct result of the COVID-19 pandemic as well as tight dealer inventories due to the production shutdown in the first and second quarters.

One of the stand-out points of the earnings report was GM’s cash burn figure. This, prior to the release, was a key figure to track according to Wall Street.

GM reported a $7.8 billion cash burn over the quarter. This was within the $7 billion to $9 billion guidance GM offered for the quarter.

One of the Most Challenging Quarters

Speaking alongside the earnings release, GM’s CEO and chairman Mary Barra the period was “one of the most challenging” in GM’s history.

However, she offered hope saying that GM is positioned for a “continued recovery” over the rest of this year and into next.

“Our Q2 results were significantly impacted by the pandemic, but we’re demonstrating how well we can perform through a challenging time,”

Looking ahead, GM expected to achieve free cash flow of between $7 and $9 billion over H2. However, the CFO did note that this is dependent on “continued economic recovery”.

Suryadevara said that the company aims to repay a $16 billion revolving credit line by year-end.

In terms of the disruption caused by the pandemic, GM noted that its North American sites were closed for eight of the 13 weeks of Q2.

The company also affirmed that its North American business came close to breaking even. It lost only $101 million in Q2, down from profits of $3 billion in the same quarter the year before.

The main focus for GM now will be on its plans to invest $20 billion over the next five years in its autonomous and all-electric vehicle. The company has released initial promotion material for an electric hummer SUV due for release later this year. 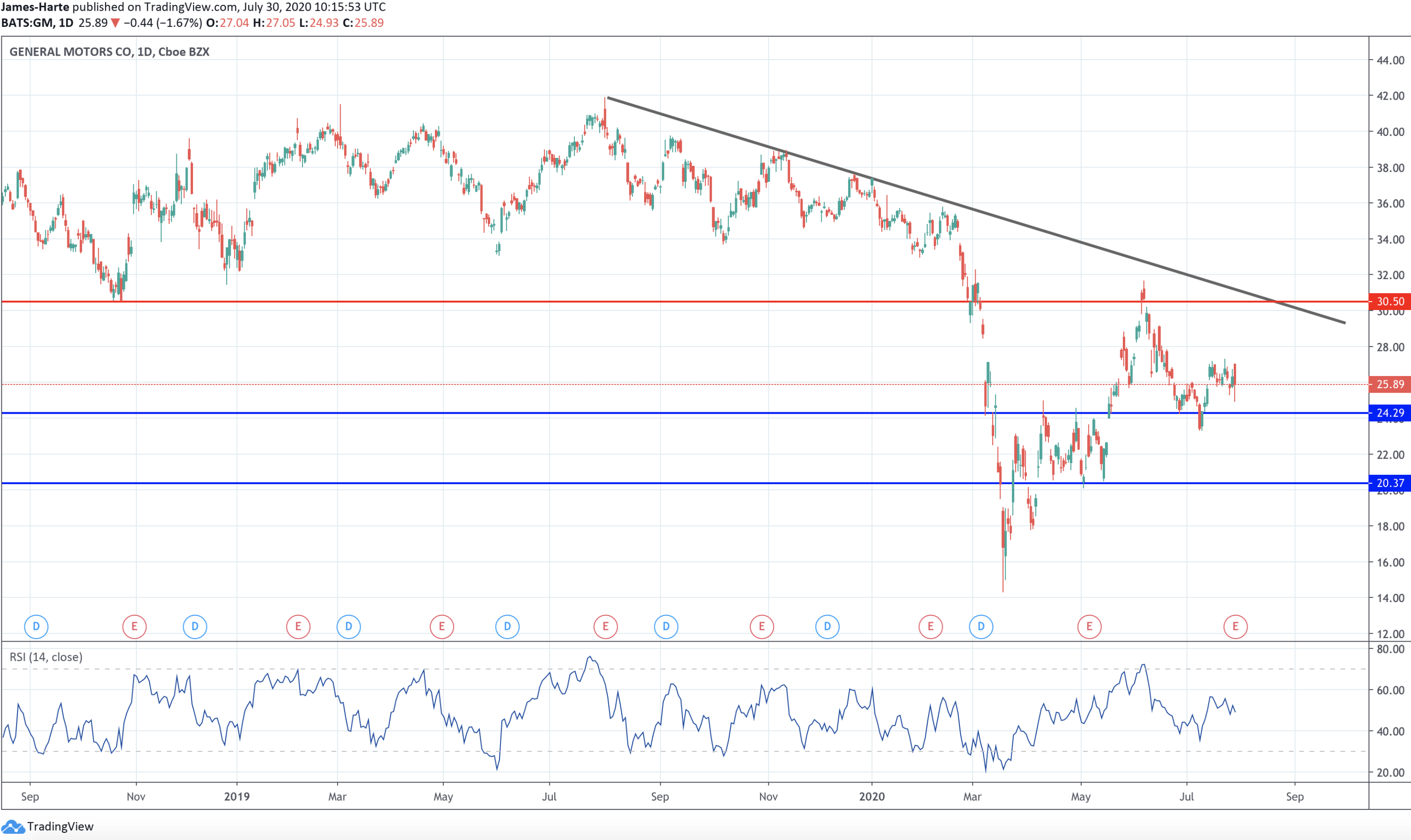 Shares in General Motors have seen a strong, bearish reversal from the recovery highs posted above the 30.50 level. Price has so far found support at the 24.29 level.

While this support level holds, focus is on a continued grind higher with the bearish trend line from 2020 highs the next resistance to watch. To the downside, a break of the 24.29 level will open the way for a test of the 20.37 level next.