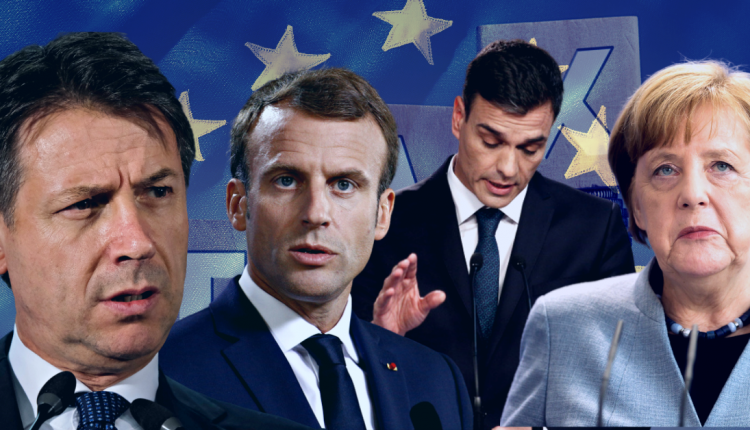 European governments are spending unprecedented levels of money on COVID relief. Therefore, it’s only natural to wonder: how is this going to be paid for?

Germany might have the fiscal latitude to adjust its budget to address the issue. But what about countries like Italy, or France, which were already above EU debt guidelines?

The shutdown makes things more complicated for government finances. And not just because of the increased spending. In fact, since when has a government actually reduced its spending once given the opportunity to spend, anyway?

The economic fallout means that governments are expected to collect less revenue in taxes. And then there are countries, like Italy, they’re considering cutting taxes to stimulate the economy.

Where’s the Money Coming From?

A closer look at the much-vaunted “Next Generation EU” program that promises €750B in spending on the part of the central EU government, can give us some insight.

The EU plans to raise those funds on capital markets, and will then have to pay them back. From where? The EU doesn’t collect taxes. Its members contribute in order to finance it.

In the second part of the agreement, there are some mentions of how to pay it off. They include increasing fees from the Emissions Trading System, and carbon border adjustment fees.

But the agreement also provides provision for a digital tax on companies making over €750M a year, and taxes on companies that “draw huge benefits from the EU single market”.

The document says these new sources of revenue “may” pay off the debt. However, it doesn’t say the sources will be terminated once the debt is paid off.

Effectively, this creates two new income streams for the EU.

But We Don’t Want to Talk About That Now

Just yesterday, the ECB’s Villeroy said that France should aim to stabilize taxes, not raise or lower them.

At least publicly on a national level, government officials are pushing to cut taxes to help the economy overcome COVID.

Perhaps the increase in spending at the EU level, plus new EU sources of revenue, is a way for national governments to “endorse” the collection of unpopular taxes to the EU.

The EU wanting to implement a digital tax and increase carbon emissions costs has been a present issue for nearly a decade at this point.

The need to pay down increased debt might offer an opportunity to finally pass those measures.

National governments cutting some of the taxes for a limited period of time might offset the tax burden of introducing the measures on the EU level. But any tax cuts national governments implement now will likely last only the duration of the coronavirus emergency, by which time EU-level taxes will be firmly established.