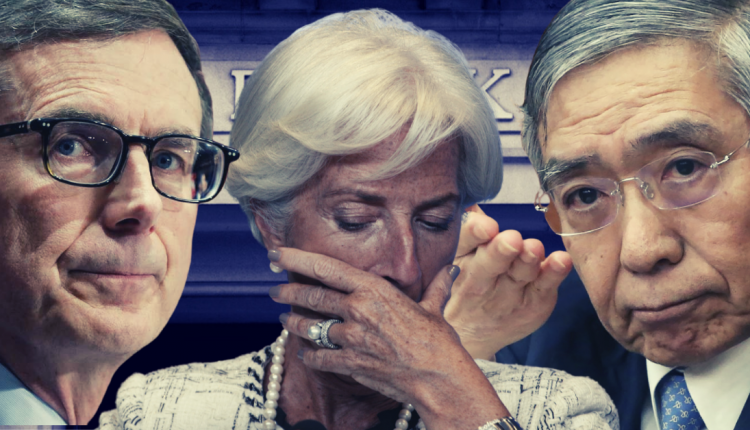 The general consensus surrounding the major central bank meetings in July is that they will stand firm on the current policy.

There are important economic events happening over the next few weeks to support this view.

Without major changes of policy expected, what we are mostly going to be looking at is the quarterly monetary policy statements. That’s typically where most central banks update their projections for the rest of the year.

This is crucial to evaluate how much longer central banks might keep supplying cheap money.

The next major resistance point for stock markets (and by inverse, currencies) is the inevitable taper of quantitative easing.

There is a near-universal consensus that the BOJ will keep its monetary policy as is. No change to the interest rate, yield curve control, and asset purchase programs.

We don’t even expect a major change during Governor Koruda’s interminable press conference in the hours after the meeting.

Market focus is likely to be on the quarterly Outlook Report. That’s where analysts expect the BOJ to cut its GDP forecast for the year.

Currently, the BOJ expects Japan’s GDP to contract by -3.0 to -5.0% this year, with a “modest” recovery in the second half of the year. The expectation is for it to be cut further to around -5.0% at the midpoint.

Lower growth outlook would mean the BOJ remains dovish for the foreseeable future.

We can expect Canada’s central bank to hold the line and maintain the interest rate as is.

However, last week the Treasury reported an unexpected deficit due to COVID, and would, therefore, be issuing CAD319B in bonds. That has increased speculation that the BOC might increase the size of its asset purchasing program to compensate.

The BOC has pivoted from supporting market functionality by simply ensuring liquidity, to now focusing on supporting aggregate demand.

In practical terms, it means more focus further down the yield curve, and potentially a weaker CAD.

The ECB’s interest rate decision is likely to take a back seat to news out of the Euro Group meeting happening at the same time on the proposed €750B rescue plan.

This is partly because there are universal expectations that the ECB will keep rates steady, and after increasing their asset purchases at the last meeting, will stand pat on QE.

President Lagarde is expected to be cautious about the shared economy’s outlook, waiting for more June data to see whether more optimism is justified.

Most economists agree that the next policy change will be in October, with that being priced into the market.