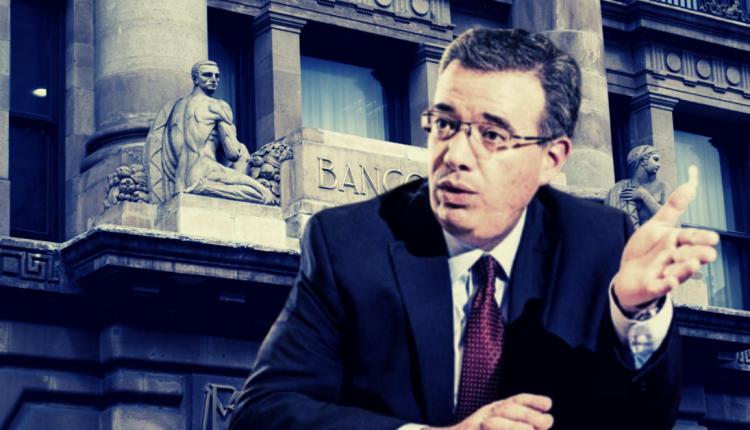 Mexico’s central bank has cut interest rates 8 times since it started its current loosening cycle last year. It has now cut a total of 275 basis points.

That’s the second-fastest pace and largest cut of central banks in the world. But at 5.5%, Mexico still has one of the highest (inflation-adjusted) interest rates in the world.

However, it doesn’t seem to be enough to jumpstart the economy. And there are various expectations of further rate cuts in the near future.

The Banxico is in an especially difficult place. The Mexican economy already heading into a recession even before COVID reached the country.

It’s understandable that their focus is much more on the exchange rate and economic activity, and that they don’t care so much about inflation.

Without an improvement in underlying economic activity, we can expect this to be the theme not just for this meeting, but for the next several months

What We Are Expecting

There is a near-unanimous consensus that the Banxico will cut interest rates again by another 50 basis points. This would bring the rate to 5.0%.

Expectations are for the subsequent press conference to be quite pessimistic. The Governor is likely to reiterate that further action is necessary. That’s also what the market is pricing in, so it’s unlikely that there will be a sudden move in the MXN immediately after the policy decision.

One of the things that affect the market reaction to Mexican rate decisions is that the central bank is seen as unsure between contradictory positions. It tries to signal a need to boost the economy while at the same time trying to keep markets from overheating.

The lack of clarity makes projecting future policy harder. Therefore, it gets in the way of pricing in market reaction.

Standing Out Isn’t Always the Best

The Banxico stands out among its Latin American peers as having the smallest deviation from its regular policy, despite being in the middle of a pandemic.

There has been increasing criticism that the central bank hasn’t done enough to help the economy. Political pressure might propel more aggressive action in the future, even as other countries stabilize policy.

Ironically for the central bank trying to keep a lid on the exchange rate, expectations of further cuts in the rates might make it harder to control the currency’s depreciation compared to peers.

While there is a strong consensus for today’s meeting, after that, analyst consensus diverges a bit.

All the surveyed economists predict that the Banxico will cut rates by at least another percent from today to the end of the year. A small majority, however, project an even more drastic cut, to reach between 3.0-3.5%.

With the inflation rate projected to be in that range for this year, it would effectively mean cutting rates to 0%

The consensus is that the underlying economic circumstances won’t change the trajectory of the policy all that much. Rates are expected to fall while the Banxico tries to talk up the currency. More “hawkish cuts” appear to be in store.