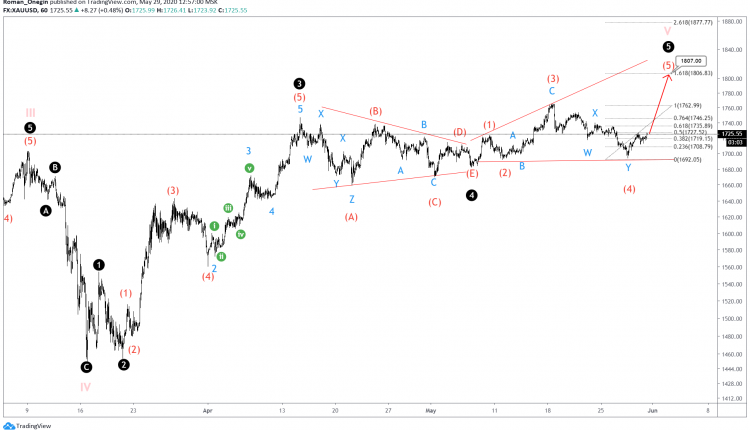 XAUUSD shows a bullish impulse of the cycle degree that consists of primary sub-waves ①-②-③-④-⑤.

The current structure suggests that we are in the final wave ⑤. 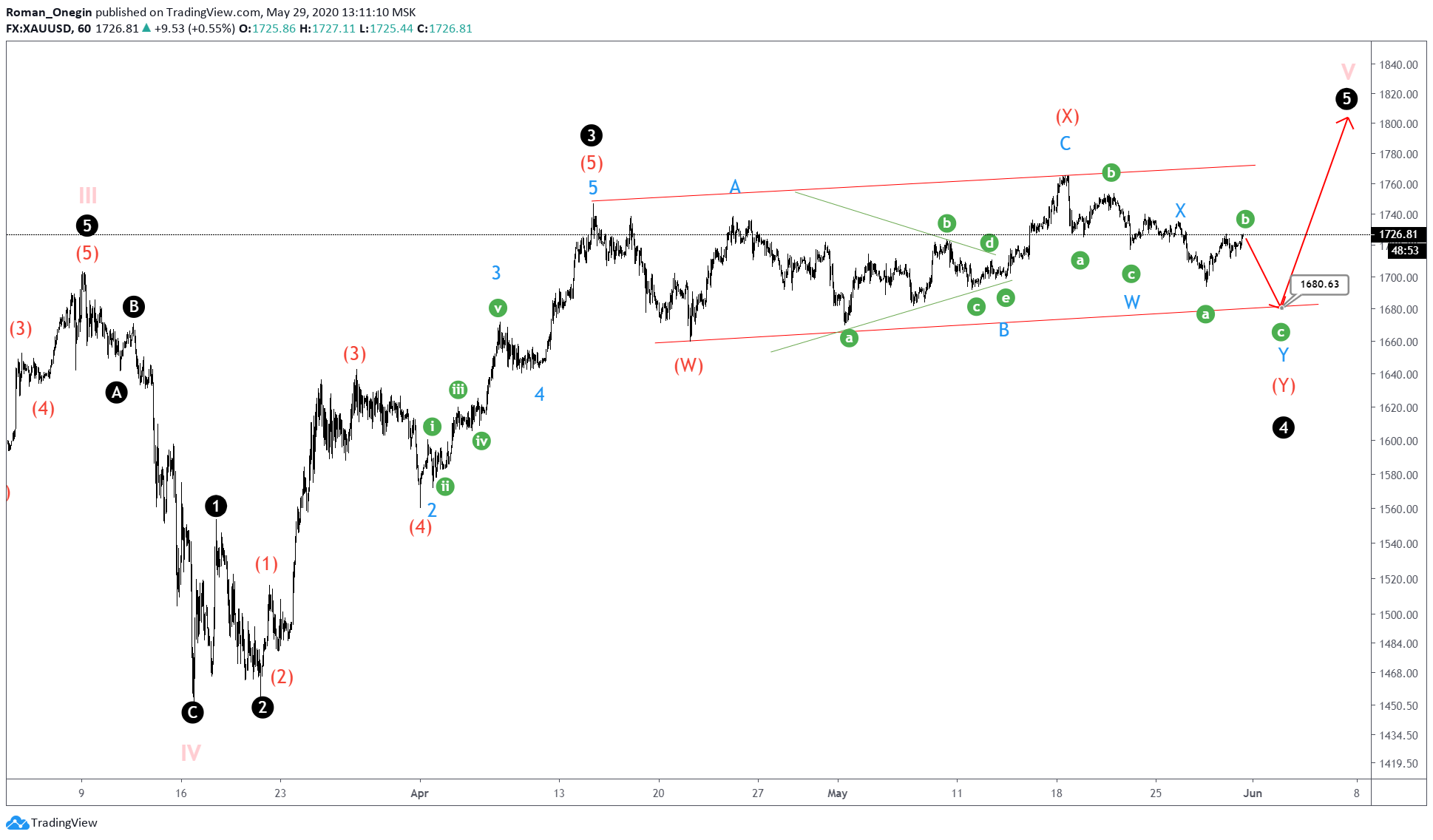 However, an alternative scenario is suggesting an incomplete wave ④.

In that case, wave ④ could be a double three, consisting of intermediate sub-waves (W)-(X)-(Y).

In the short term, we can expect a double zigzag in wave (Y) near the 1680.63 area. The target is the lower trendline of wave (W).

Once the primary correction ④ ends, the market could ride wave ⑤.