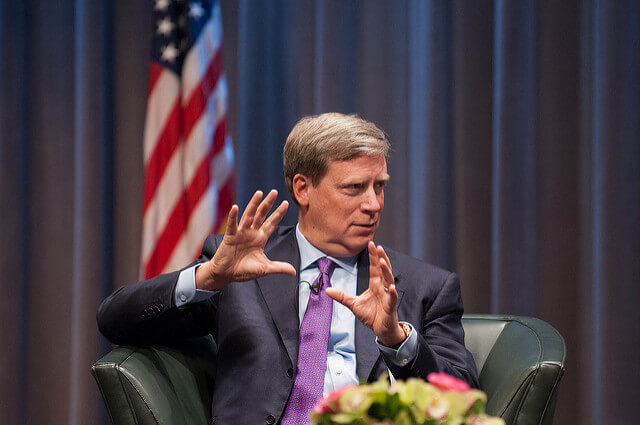 In our earlier article, we had talked about the iconic trader, George Soros, and his famous 1992 British Pound short. Here, we will talk about a man who was mentored by Soros and was closely associated with him in his famous stint, Stanley Druckenmiller.

Druckenmiller was the lead portfolio manager for the Soros Quantum Fund and worked alongside Soros for more than a decade. Druckenmiller went on to become a reputed investor in his own right, successfully managing billions of dollars for his own fund, Duquesne Capital.

Stanley Druckenmiller grew up in suburban Philadelphia and later moved to New Jersey and then Virginia. He got degrees in English and Economics from the Bowdoin College in 1975. He quit his PhD studies in Economics at the University of Michigan to take up a job as an oil analyst at Pittsburg National Bank.

By 1978, Druckenmiller had become the head of the bank’s equity research group. In 1981, he quit to create his own firm, Duquesne Capital Management. George Soros hired him in 1988 to oversee the Quantum Fund. They worked together till 2000, after which Druckenmiller focused on his firm exclusively.

The fund was closed in 2010. In recent years, he has been actively involved in politics. He has made significant contributions to charitable institutions and serves as the Chairman of the Board of Harlem’s children zone. He works out of a family office and his net worth is estimated at over $4 billion.

Druckenmiller made two significant long bets in the same currency, as a trader for Soros’ Quantum Fund.

The first bet was executed during the fall of the Berlin Wall. The German Mark was had significantly depreciated because of the Berlin Wall being brought down. Druckenmiller put a multi-million dollar bet on an expected future surge in the prices of stocks and bonds and later purchased 2 billion German Marks. The long position helped him wager a 60% return for the Quantum Fund.

The next big bet came a few years later, when Soros was shorting the British pound sterling in his historic trade of 1992. Druckenmiller knew that Soros’ bet would result in the depreciation of the British pound against the German mark. A cheaper pound would result in an increase in export value, as compared to its European rivals. He bought German bonds in the hope that German stocks would see lesser growth than the British pound. This resulted in surplus profits for Quantum Fund, which had already gained a huge amount through Soros’ short on the pound.

Stanley Druckenmiller clearly follows a top-down investment approach that looks into the overall picture of the economy and then selects those sectors that show promise of huge returns.

For this, investors use macroeconomic factors, such as currency movements, GDP, trade balances, interest rates and other economic aspects. Then, they ensure efficient allocation of assets to earn monetary benefits, rather than betting on only a few specific companies.

Druckenmiller has been involved in the trading of long or short positions in many areas, based on macroeconomic developments, which have always paid off.