Why Is The US Refusing To Send The German Gold Back? 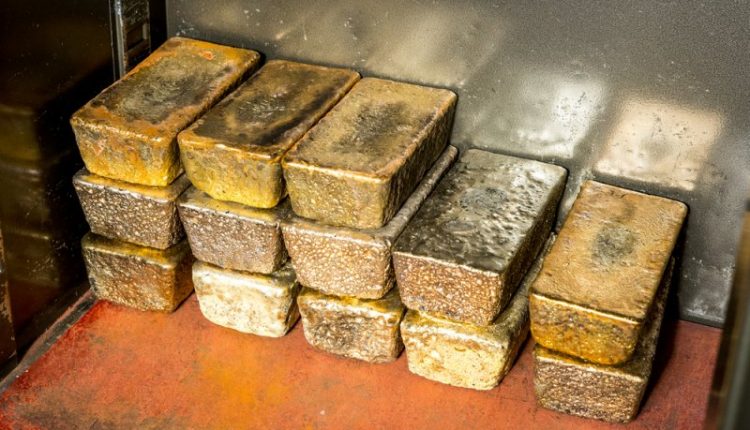 Disturbing news are coming (again!) from North Korea, and that brings back the fears of the nuclear war. North Korea launched another ballistic rocket, which flew over Japan’s airspace and fell in the ocean.

Such act by North Korea has led the US, Japan, and South Korea to call for an emergency meeting of the US security council and the safe haven assets, including Gold, Silver, Japanese Yen, and the Swiss Franc to rise. Surprising? It shouldn’t be!

This is not the first time Germany ignores North Korea’s conflict, unlike other countries. Earlier this morning, the UK said that they are outraged by North Korea’s reckless provocation by these illegal tests. In addition to many of the European countries like France who also said that they would work with their partners to keep the pressure on North Korea.

Yet, Germany has something else to keep an eye on and to be busy with. The German Federal Election is less than a month away, and this is one of the main reasons why Germany is not getting involved and unlikely to do so anytime soon.

Germany has a notable amount of Gold stored overseas. Since the financial crisis, Germany has put a plan to repatriate its Gold from abroad, as the risk of the European Union collapse has increased significantly.

However, in a breaking news a few days ago, Germany announced that the German Central Bank has finally completed an initiative to bring half of the country’s gold reserves home three years ahead of schedule.

Germany already repatriated all of its gold kept in Paris and a third of its reserves in the US. Yet, Germany is still stuck with its Gold stored in the US.

The Question remains, why would Germany do such thing now? Is it just an old plan? Or they know more than us? There is no simple answer to that.

However, what we know is that despite the notable decline in Gold prices recently, Gold managed to stabilize, before rising earlier this morning to $1325. With Brexit is ongoing, Germany would definitely work on plan B if other countries decide to leave the EU, and it seems that bringing back its Gold reserve home is part of this plan.

Germany holds the world’s second largest gold reserve after the United states at 3.378 tons or 270,000 ingots of around 12 kilograms each.

Why Germany Is Storing Its Gold Overseas

This is possibly known to the old age of traders, as it goes back to the Cold War era. German officials moved the precious metal Paris, London and New York during the Cold War over fears it could fall into Soviet hands.

Why Is The US Refusing To Send The German Gold Back?

Not an easy question either; is we don’t know where the US is storing the German Gold bars, some reports were suggesting that the vault that held the German Gold was under the world trade center which got destroyed on 9/11 and no Gold bars were found after.

Moreover, the German Central Bank is required to count and weight its gold reserves once every year. But guess what, Germany’s Gold reserves that are kept in the US have not been weighed or counted even once in three decades!

If they were available, it would have been very easy to count and weigh the bars every year, or once every decade but so far, there are no signs of a deal yet, but if Gold resumes its long-term up trend, this would be one of the hottest topics in the coming years.