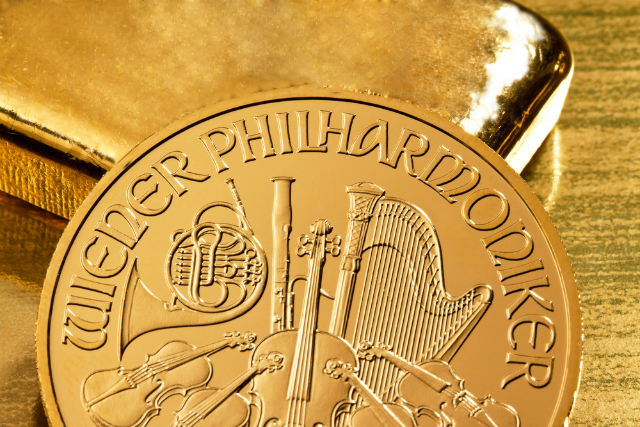 Both Gold and Silver had a bumpy ride since the beginning of the year. The past two weeks, both metals lost their steam and broke through this year’s uptrend line.

However, I was confident that despite recent declines, both metals would rebound (of course, not because I knew about the political situation in the US in advance), because these metals had more potential as the US Dollar rally has ended since the beginning of the year.

In our previous reports, during this week and last week, we noted that traders shouldn’t overreact to the broken trendline. At the same time, we noted that both metals need to prove their strength in order to renew a stronger bullish outlook.

This week, Both metals somehow proved that there is still a possibility for another rally ahead, with some signs that the broken trendline was just a trap for bears.

In the meantime, with geopolitical tensions remaining on the upside, in addition to the political situation in the US, side by side with the continuous declines in the US Dollar – the bullish outlook is here to stay.

Gold Above Its Moving Averages

Last week, Gold managed to close below its entire moving averages on the daily chart, including the 50, 100 and 200 DAY MA’s.

However, this week, Gold managed to recover well above its 200 and 100 DAY MA’s but remains stuck below its 50 DAY MA so far.

Yet, when Gold a few days ago posted the biggest one-day gain since June 2016, it was considered to be an impulsive move, which was likely to continue in the coming days/weeks ahead.

Despite that, Gold still needs to prove its strength even further. This could be done by a clear weekly close above 1260’s.  By then, Gold would be above its entire moving averages in addition to the broken up trendline, where gold is hovering around today.

Gold in India: Is It Still a Good Investment Option?

On the downside view, we suspect that any downside retracement will be limited above the previous bottom around 1210.

The technical indicators are overbought and crossed over to the downside, which increases the chances for such retracement before the upside trend resumes.

The important milestones in the history of Gold [Infpgraphics]

Therefore, since bears were trapped last time when the trendline was broken, I hope they won’t get trapped once again in the coming days/weeks ahead.

Silver has a little bit of a different story, but the outlook for both metals remains unchanged for the time being until further notice.

Silver edged higher in the past few days all the way to $17. However, the key moving averages are still far away from the current levels. The first moving average stands around 17.40’s which represents the 200 DAY MA.

The 50 and the 100 DAY MA’s are currently trading around 17.60, which means that Silver needs at least another 1$ gain to test these moving averages.

However, there is a high possibility for Silver to keep underperforming gold, which means that Gold might be faster than silver in the coming days/weeks.

Yet, the bullish outlook for silver is here to stay as long as it stays above the previous bottom which stands around 16.10.

The technical indicators are overbought and crossed over to the downside, which increases the chances for a short-term decline before the upside resumes. However, such decline is likely to remain limited below the previous bottom as noted before.

On the upside view, the first immediate resistance stands at 17.30’s which represents the 50% Fibo from the recent decline, which is confluence by the 200 DAY MA, where sellers are likely to appear.

However, Silver needs to prove its strength by breaking above that area, which should renew the bullish outlook.