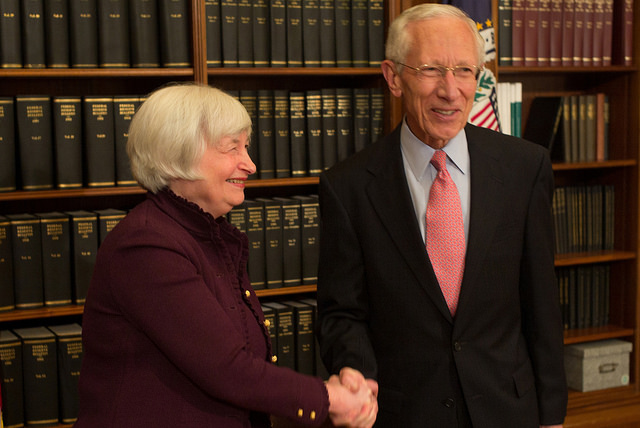 The big day is finally here, few hours and the world will brace for another important decision by the Federal Reserve, which will be announced at 18:00 GMT+ followed by the Press Conference of the Federal Reserve Chair Woman Janet Yellen at 18:30 GMT+.

Despite the fact that the market is almost 100% sure that the Federal Reserve will raise the Fed Fund rate by 25bps, this doesn’t mean that the US Dollar rally may continue right after the decision. There are many factors traders need to keep in mind.

The Rate Hike Is Priced In

As we noted before in our previous reports, the Fed Fund Futures is pricing in 100% chance of a rate hike since more than two weeks, when the US Dollar index recovered from 100.0 all the way to 102.20 last week.

Therefore, traders should not expect a massive rally once the decision is announced, unless the Fed surprise the market with more than a rate hike, such as upgrading GDP, Inflation and Unemployment outlook.

What Matter’s The Most In Today’s Decision

The rate hike itself is an old news according to the Fed Fund Futures. However, there are things that everyone should be looking for

The YoY economic releases for the US wasn’t encouraging enough recently, even Atlanta Fed had to cut Q1 GDP to below 2% in the past few week, which increases the chances that the Fed would downgrade its inflation and growth outlook for this year, especially after the rate hike in December and in March.

As for Yellen’s remarks, it will be crucial for everyone, that’s why we will be looking for any clues regarding the timing of the next action. So far, the market believes that the next rate hike might come in June or later.

If this case was approved or mentioned by Janet Yellen, this should be the catalyst for another leg lower in USD across the board.

The Fed Will Be Very Careful

The Federal Reserve is likely to be very careful with its tone and the clues that they might give to the public. As they will try not to push the US Dollar significantly higher, due to the fact that the new administration economic plan requires lower USD.

Keep An Eye On USD Index 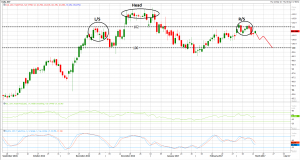 The same pattern remains the same; we are still watching that Head and Shoulders pattern on the daily chart, while we wait for the major catalyst, which might come through the Federal Reserve decision, Yellen’s remarks and the economic projections.

For the time being, the key resistance remains between 101.80’s and 102.0, which the Index might test it following the decision, where sellers are likely to appear once again

Do not Judge By The Daily Close

As we noted in our previous reports, do not judge the pattern by the daily close, if the US Dollar index manages to break above the resistance area and closed today’s trading above that resistance, this does not mean that the pattern is no longer active.

Wait for the weekly close, when it closes the week above that resistance area, by then we can say that the pattern is dead and no longer valid. Instead, buying USD dips will be more possible, which we think that such scenario has only 30% chance.