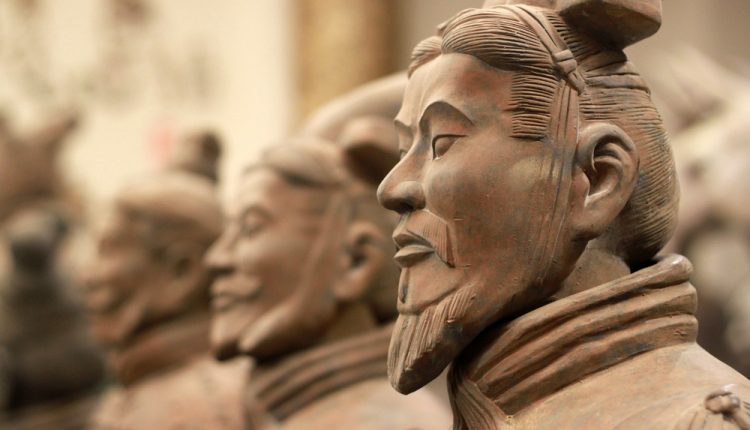 The currency markets opened on Monday on a quiet note with most of the trading confined to the Asian and European sessions. The US and Canadian markets were closed on Monday. Economic data during the day was confined to the services PMI across various economies. In the Eurozone, the composite PMI fell to a 19-month low at 52.9 and falling below the preliminary flash estimates of 53.3. Chris Williamson from Markit called the report “disappointing” saying that despite the overall picture showing a steady pace of growth, the sluggish data points to a 0.30% rate of GDP for the eurozone.

In contrast, UK’s services PMI rebounded, rising to 52.9 in August from 27.4 in July. It was the fastest pace of increase since November 2013. The data followed better than expected manufacturing and construction PMI. However, the common theme among the PMI readings was the rising input price costs which indicated that inflation was likely to rise in the UK over the coming months.

Tuesday saw a busy session in Asia with the RBA’s monetary policy meeting. The last monetary policy meeting to be chaired by the governor, Glenn Stevens, the central bank held interest rate unchanged at 1.50%. The RBA said, “Taking account of the available information, and having eased monetary policy at its May and August meetings, the Board judged that holding the stance of policy unchanged at this meeting would be consistent with sustainable growth in the economy and achieving the inflation target over time.” The Australian dollar managed to rise on the central bank’s inaction.

From Japan, officials continued to keep the markets guessing with PM Shinzo Abe cautioning that officials were keeping a close watch on the exchange rates. “We are watching movements in the foreign exchange market with full attention. There is no change to our policy of taking robust actions when necessary,” Abe said. He also expressed confidence in the BoJ, noting that Governor Kuroda will take all necessary measures to achieve the 2.0% inflation target rate. However, some still remain skeptical as an advisor to PM Abe; Koichi Hamada said that the BoJ should rather wait for the FOMC before deciding to ease policy further.

In the Eurozone, the final revision to the second quarter GDP showed that the economy grew at a pace of 0.30%, unrevised from previous estimates.

The surprise of the day was, however, the ISM’s non-manufacturing PMI. Data showed that the headline figure fell to 51.4 in August, missing estimates of 55.4 and down from July’s 55.5. The weaker than expected data sent the dollar plunging on the day as the markets remained convinced that the Fed was unlikely to hike rates in September. Gold prices surged on the day with the precious metal seen recapturing the $1350 price handle.

The US dollar managed to recover from the previous day’s slump with most of the data focused on Asia and Europe. In Australia, GDP figures for the second quarter showed an increase of 0.50%, which was slightly below estimates of 0.60%. On an annualized basis, Australia’s GDP grew 3.30%. The data also marked 25 years of the GDP expanding without a recession.

In Germany, industrial output slowed in July, falling 1.50% missing forecasts of a 0.30% decline. Germany’s economics ministry said, “Manufacturing companies remain cautious in light of sluggish activity in global export markets.” The manufacturing sector was the worst hit as activity fell 2.30% on the month including capital goods that were down 3.60%.

It was the same story in the UK albeit more contained. Industrial production posted modest gains in July, rising 0.10% on the month while factory output fell 0.90%. The British pound retreated following the soft print.

Wednesday also saw Sweden’s Riksbank convene for its monetary policy meeting. The central bank left the key interest rate at -0.50% while signaling that QE would continue to run into the end of 2016. Riksbank gave a broadly upbeat view on the economy but said that QE and other policy tools would still be used if deemed necessary.

Later in the day, the Bank of Canada’s monetary policy meeting saw no changes to interest rates which remained at 0.50%. The BoC sounded optimistic expecting GDP to pick up in the second half of the year, but the central bank was concerned on inflation expectations.

The markets were tuned into Thursday’s ECB meeting, although expectations for any monetary policy changes were limited. The ECB, as expected left the key rates unchanged and maintained its QE purchases. The ECB’s staff economic projections were also largely unchanged, expecting inflation to rise 0.20% by 2016 end and 1.20% by 2017. The euro initially surged on the ECB’s inaction only to give back most of the day’s gains by closing.

Other developments during the day included Japan’s second quarter GDP which was revised higher to 0.20% which helped lift the annualized growth to 0.70%. It was lower than the first quarter’s annualized growth rate of 1.90%. Data from China saw imports rising, and exports showed a moderate pace of declines, falling 2.80% in August, slightly better than the 4.40% declines in July.

Friday was relatively slow with economic data shifting to China. Inflation reports showed that consumer prices increased 1.30% on a year over year basis in August, missing expectations of 1.70% and down from July’s 1.80% registered CPI. Producer prices were, however, better, showing a 0.80% decline slightly better than estimates point to a 1.0% decline and an improvement from 1.70% in July.

In the UK, trade balance data showed that the country’s trade deficit narrowed in July. Data from ONS showed that UK’s deficit in goods trade narrowed to 11.8 billion in July, following a revised 12.9 billion on June. It was largely in line with forecasts.

The US session opened with Canada’s job reports showing that the unemployment rate rose to 7.0%, higher than the forecasts of 6.90%. However, on the employment change, the Canadian economy added 26.2k jobs, higher than the 15k jobs that were forecast. The labor force participation rate increased to 65.50% up from July’s 65.40%. Most of the job gains came from full-time jobs, which rose 52.2k while part-time jobs declined by 26.0k. Despite the modestly better than expected print, the Canadian dollar continued to decline.

Summary of Economic events this week

FX week ahead: Busy week for the GBP. US retail sales and inflation on tap