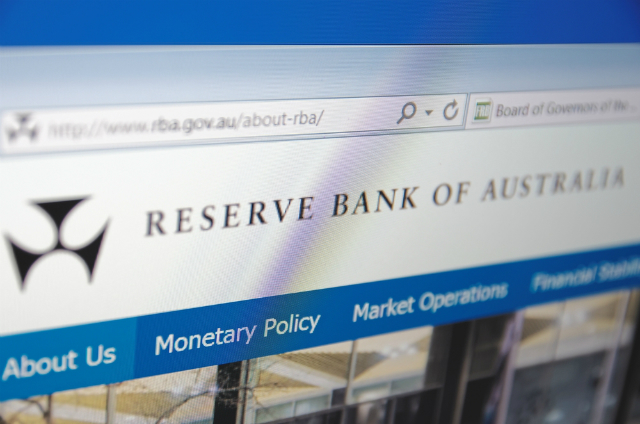 The Reserve Bank of Australia opted to keep interest rate unchanged at 1.75% at its meeting today. The Bank of England released its Financial Stability report and lowered the bank’s capital buffer requirements, in a bid to allow for nearly 150 billion GBP in additional lending for households and businesses in the UK.

The Reserve Bank of Australia at its monetary policy meeting today left the benchmark interest rate unchanged at 1.75%. The RBA signaled that further policy changes were appropriate after the central bank assesses more information from the economy. In the RBA statement, Governor Glenn Stevens said, “Over the period ahead, further information should allow the board to refine its assessment of the outlook for growth and inflation and to make any adjustment to the stance of policy that may be appropriate.”

On inflation, the second quarter inflation data is expected to be released end of July. The RBA had previously cut rates by 25bps in May after Q1 inflation fell sharply. The markets remain biased for more rate cuts from the RBA. Michael Workman, senior economist at Commonwealth Bank of Australia, said, “We believe it provides the necessary wiggle room to cut the cash rate in the likely event that the June quarter CPI is on the low side.”

On the recent Brexit risks, the RBA said that the markets were functioning effectively, but the potential for a spillover from Brexit was being monitored by the RBA, saying “Any effects of the referendum outcome on global economic activity remain to be seen and, outside the effects on the U.K. economy itself, may be hard to discern.”

Besides the RBA policy data, retail sales numbers increased at a lower than expected pace. Data from the Australian Bureau of Statistics showed that retail sales grew at a pace of 0.20% on the month over month basis, extending the 0.10% increase from April. The markets expected to see a 0.30% increase for the period. While sales of food products gained 0.70% on the month, household goods fell 1.10%.

Retail sales in the Euro area increased for the second month in a row in May, data from Eurostat showed earlier today. Retail sales increased 0.40% on the month, extending the increase of 0.20% from April, which was revised higher from a previously estimated flat reading. Retail sales jumped with a 0.70% increase on non-food products excluding automotive fuel while food, drinks and tobacco sales did not change much during the month.

On an annualized basis, retail sales in the Eurozone accelerated to 1.60% up from 1.40% seen in April. However, the annual retail sales were modest below expectations of a 1.70% increase. Leading the way in retail sales was Sweden, Estonia, and Ireland while Portugal, Romania and Denmark posted the largest month on month decrease.

Markit said that the composite PMI showed that the second quarter growth was the weakest since 2014 year end. Manufacturing production grew at the fastest pace in the year in June, outperforming the services sector for the first time in three months. Germany, Italy, Spain and Ireland recorded strong expansions.

Chris Williamson, Markit’s Chief Economist, said, “the eurozone economy failed to gain momentum in June, rounding off a disappointing second quarter. The survey is signaling GDP growth of just 0.30%, similar to the sluggish trend recorded over the past year”.

UK Construction PMI in June falls to a 7-year low

Construction output in the UK slipped to a 7-year low, according to data published by Markit/CIPS on Monday. Falling to the lowest level since December 2012, UK’s construction Purchasing Managers Index fell to 46.0 posting a sharp contraction. The decline in the PMI was the first since April 2013. CIPS/Markit said that the loss of growth momentum was seen across the sector. The residential building construction was at its worst level in over three years, falling at the fastest pace since December 2012. New orders also fell during the month.

Tim Moore, a senior economist at Markit, cautioned that the speed of the downturn was a clear warning for the post-Brexit outlook. He said, “Widespread delays to investment decisions and housing market jitters saw the UK construction sector experience its worst month for seven years in June. Construction firms are at the sharp end of domestic economic uncertainty and jolts to investor sentiment, so trading conditions were always going to be challenging in the run-up to the EU referendum.”

The PMI survey results were however conflicting. Last week, the UK’s manufacturing PMI for June jumped to a 5 month high.

The British pound came under pressure, since early Asian trading this morning as modest risk aversion was seen creeping back into the markets. By mid-European session, US equity futures were pointing to a weak open with the Dow Futures sliding nearly 100 points in the futures markets. The Bank of England released its Financial Stability report today where it lowered the capital buffer requirements for UK banks to zero, effective immediately for a period of one year. The capital buffer requirements were previously at 0.50%.

The central bank said that it saw risks of declining capital inflows following the referendum and cautioned that persistent drop in inflows could cause the sterling to slide more. The central bank governor, Mark Carney also spoke following the FSR release and did not appear too worried about the GBP’s decline. He said that it was necessary for the UK’s economy to adjust to a post-Brexit world. He said that a weaker sterling should help support exports when the economic activity could slow.

The central bank also blocked increased dividend payouts to bank shareholders while also lowering capital requirements by 5.7 billion which is expected to allow an additional 150 billion GBP in lending to UK businesses and households.