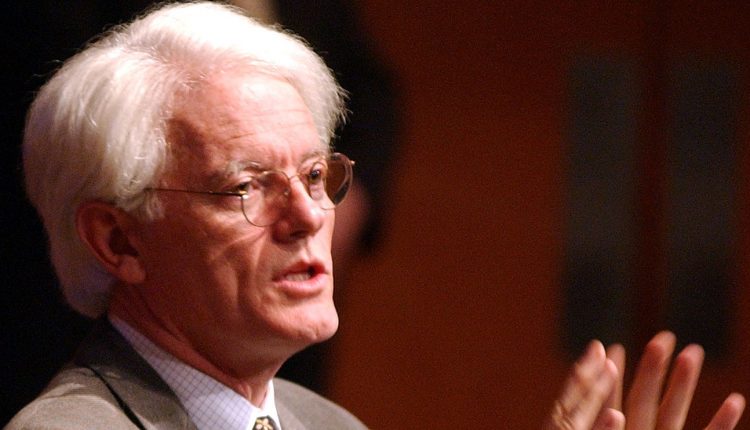 Peter Lynch is a renowned stock investor. He was the manager of the Magellan Fund at Fidelity Investments, where he shot to fame after averaging over 29% annual returns consistently for 11 out of 13 years. He grew the funds from $20 million to $14 billion. Lynch, unlike many other famous investors, brought his own unique style to picking stocks. Known as “chameleon” Lynch was adept at whatever investment style that worked. But that does not mean Lynch did not have a trading style of his own.

The more famous Lynch earnings line is now widely used in the world of equities. Lynch also wrote two very famous books. One Up On Wall Street and Beating The Street.

Lynch is attributed to many quotes, but most of them pertain to the investing community.

Here are top 5 quotes from Peter Lynch that traders can apply to their trading styles, approach, and thinking.

Lynch apparently made this quote after a bunch of school kids at a primary school did a social experiment to pick stocks for a paper or a demo portfolio. When they sent their picks to Lynch, who later sat with them over a pizza, the kids illustrated their stock picks using illustrations and drawings. Lynch was taken aback by this approach. Interesting, the kids’ portfolio returned 69.6% beating the S&P500’s 26.08% return in 1990/91.

What Lynch means by this quote is to keep your trades simple! Traders tend to often clog up their charts with tons of indicators, where the most important variable on the chart, the price is often clouded with tons of oscillators and various indicators.

Lynch made this quote, as part of his early stock picking days at Magellan. Some of the stocks that seemed small at their time because major corporations over time. From an investor perspective, Lynch says that it is unnecessary to keep looking for the perfect stock, there is a good chance that there is one already in your portfolio.

Putting this into a trading perspective, quite often we find traders jumping from one currency pair to another. Haven’t we all heard this often asked question, “which is the best currency pair to trade?” While a beginner can be pardoned for asking this question, even traders with some good years of trading experience under their kitty often end up scanning for the next big set up, despite having a few positions already running.

There is a reason why swing traders tend to make big gains, and that is because they focus on the trades that have already proved them right. They keep adding to the winning positions and keeping booking profits at regular intervals while still leaving enough positions on the table.

Instead of randomly looking at currency pairs and scalping for a few pips, traders can be more successful when they can manage their existing trades.  While it takes patience and a bit of conviction on your approach, the chances are that over time the trade which started out small can be nursed into a big long-term winning trade.

The meaning is quite obvious in this quote. Lynch was referring to the humbling experience when Mr. Market turns around and catches you off guard. This experience isn’t new for traders or investors, regardless of the markets that one is trading.

Traders often hit stretches of winning streak and also hit rough patches. When the winning streak runs its course, traders can get complacent and often end up making mistakes that they, under different circumstances would not do. Always understanding that the markets can turn around and flip your winning trades into a losing one is something to bear in mind.

This is also closely tied into the previous point. Managing the trades especially when they are limited to just one or a few currencies can help you to manage your risk and also understand the markets better.

#4 When even the analysts are bored, it’s time to start buying

Lynch made this quote in reference to the fact that at any given time, there are analysts who are watching the companies on their stock list. There are often times when analysts eventually give up on a stock and focus their efforts on a new stock.

In the world of forex, quite often the media and analysts tend to talk about currency or a currency pair when it has made a significant move. Very often we hear about price targets with analysts, especially on TV giving their own opinions. The fact is that by the time the media is talking about the price move in currency, there is a good chance that the early and the stronger part of the trend was already developed. What the trader ends up with is buying at the top or selling at the bottom of the retracements.

#5 Behind every stock is a company. Find out what it’s doing

Lynch makes this quote in reference to urging investors not to look just at price alone but also at the fundamentals and what the company is up to.

From a forex/currency perspective, a trader needs to look beyond the currency pair, the central bank and the macroeconomics that are the driving force behind the price. Many traders don’t bother to look at the fundamentals but tend to focus more on just scalping the markets for a few pips. While this approach might make you money in the short term, it is difficult to be consistently profitable with this approach.

The sooner a trader learns to read and understand the fundamentals, the better they can be at understanding the driving force behind the price action.