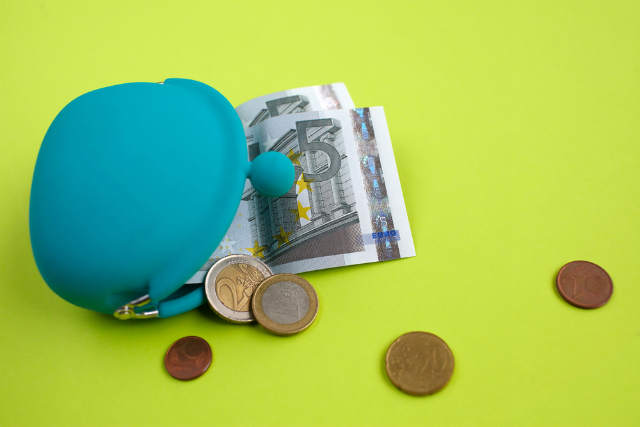 EURUSD (1.08): Following December’s ECB decision, the Euro rallied strongly off the daily open near 1.0614 to close at 1.0939. The range set during that session has remained in place with EURUSD staying flat ever since. Support at 1.0812 and resistance at 1.10 remains tight, keeping EURUSD ranging sideways for nearly a month. Plotting the minor trend line connecting the lows off 1.0714 and 1.0804 from the 6th and 13th January lows, EURUSD is showing a strong consolidation.

If the minor trend line holds and the resistance at 1.10 gives way, it would open up room for further upside on an ascending triangle breakout which gives a minimum measured target to 1.13, below the 1.14 resistance. However, a break of the trend line could see a brief test to 1.081 following a break lower back to 1.0642. We expect the consolidation to potentially end the ECB’s meeting this week.

GBPUSD (1.42): GBPUSD is showing signs of exhaustion in the downtrend and this could be confirmed if we get to see some concise bullish price action in the next few daily sessions. Price has formed dynamic support off the median line and a close above yesterday’s high at 1.4322 could signal a near-term correction. 1.463 remains in question as the resistance is yet to be tested.

However, with price breaking out from the falling price channel, the lower trend line could act as dynamic resistance and could keep prices ranging for a while. The Stochastics oscillator remains weak and has not signaled any divergence as of yet. Failure to correct to 1.463 could, however, send GBPUSD down to 1.40 support level.

USDJPY (117.8): USDJPY posted a strong reversal off 116.5 support with only a low. There is a possible risk that prices could fall back to 116.5 and test the support with closing prices. However, if the bullish momentum continues, 118.85 could remain a key resistance level to watch for. Failure to break above 118.85 could open up a potential test back to 116.5 support. To the upside, if the resistance at 118.85 fails, USDJPY could be looking at a move higher to 120.664 region at the very least.

USDCAD (1.44):  The Loonie is showing some signs of strength with current price action turning bearish after forming a strong reversal candlestick pattern yesterday near 1.4572. If today’s price action manages to close lower, below yesterday’s low at 1.448, USDCAD could be in for a stronger decline down to 1.395 at the very least, where a strong support level awaits, which is yet to be tested after being broken as resistance. Below 1.395 region, 1.3425 is where the next main support level resides.

USDCAD will need to bounce off the first support level to keep hopes for any rallies alive, or we could potentially expect further declines to come about.

USDCHF (1.007): USDCHF has formed strong resistance at 1.008 and price has failed to break above this resistance on quite a few occasions, which could potentially see USDCHF expecting some declines in the near term. Support at 0.982 – 0.98 is most likely to be tested if resistance fails at 1.008. To the upside, a close above 1.008 will need to see a higher high being made, above the previous high at 1.03. A lower high below this level could potentially signal a long-term correction with an eventual test to 0.955 – 0.95 coming into the picture.

Discover your opportunities with New Instruments!