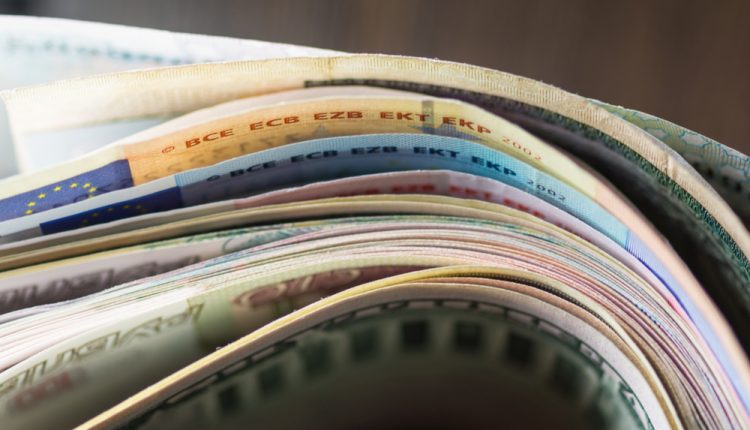 AUDUSD (0.7638): The Australian Dollar saw a weaker performance this week continuing its declines since forming a top two weeks ago. The currency broke below the 0.782 support early in the week and continued to gain momentum in the decline. Economic data from Australia was limited this week but it did have its share of impact. Private sector credit and capital expenditure both failed to meet expectations. The new home sales also increase a meager 0.6% for the month, in comparison to 4.4% previously. The bearish momentum built up as the US Dollar continued to post gains for the most part this week.

EURUSD (1.097): The Euro was a mixed bag this week despite being a short week for the Euro. Most of the European markets were closed on Monday and with no major market events for the most part of the week, the Euro shifted focus to Greece. Comments from various Greek ministers doubting the country’s ability to meet its debt obligation due in a few weeks’ time took its toll as the single currency continued to post declines. The Euro managed to turn around after what looks like a short term bottom formed near the 1.0806 support level. The Euro managed to trim some of its losses by managing to rally for a third straight day. There were a few economic released this week in terms of flash and preliminary CPI but did not have any major impact on the currency.

NZDUSD (0.7125): The Kiwi dollar continued to decline for the fifth straight week with no respite. The currency came under pressure from a stronger Greenback and rising bets that the RBNZ could likely introduce a rate cut in the near future, as early as its meeting next month. The Kiwi weakened across the board on the speculation and could likely to continue this trend into the RBNZ’s meeting. There was no major economic data scheduled from New Zealand this week, which saw the currency trading based off technical levels with not much of fundamentals to go by.

USDJPY (123.87): USDJPY posted fresh highs this week marking a second straight week of gains are being range bound for the most part previously. The Yen weakened considerably this week despite no major news sparking the decline. USDJPY made a new multi year highs to 124 before easing lower from the highs. Economic data from japans included retail sales which fell short of expectations at 5%, but was a strong increase from -9.7% declines previously. Household spending also moderated, falling -1.3%, from -10.6% previously. On the unemployment front, Japan’s unemployment rate improved to 3.3% from 3.4% previously. Despite the upbeat economic data, the Yen simply tumbled to a relatively stronger Greenback.

USDCAD (1.248): The Canadian dollar saw a volatile week on account of the Bank of Canada leaving interest rates unchanged. While it was a widely expected move, the markets are still not convinced that the neutral – dovish narrative from the Bank of Canada will be enough as Oil prices managed to provide some temporary relief to the Canadian economy. However, latest GDP numbers posted on Friday saw the Canadian economy contract -0.2% for the month. The Loonie weakened considerably briefly trading near the 1.25 handle after the GDP data was released.

GBPUSD (1.53): The Pound Sterling which enjoyed a stellar rally just until a few weeks ago was clearly under pressure as the Cable broke down the 1.55 handle to trading near the 1.528 price level. A stronger Greenback also added to the declines besides economic data this week from the UK which was overall pessimistic. The second estimate of the first quarter GDP saw an unchanged print at 0.3%, falling short of expectations of 0.4% growth while the index of services also declined. More importantly, it seems like that markets are turning bearish on the Pound as the UK prepares for an EU in/out referendum.

US Dollar Index (96.97): The US Dollar index saw a strong rebound despite a short trading week. US markets were closed on Monday due to Memorial day holiday, but the Greenback managed to trim the losses from the previous week and continues to hold on to the gains. Supported by a better than expected pickup in economic activity, the US Dollar surged ahead in what looks like a possible end to the correction in the uptrend. The resurgence in the US Dollar saw most of its peers continue to decline across the board. The most notable economic data this week included the pending home sales which rose 3.4% for the month cementing a stronger growth in the US housing markets. Despite a weak GDP print, the US Dollar remained supported as the decline in GDP was less than expected, contracting -0.7% as compared to -0.8% consensus.