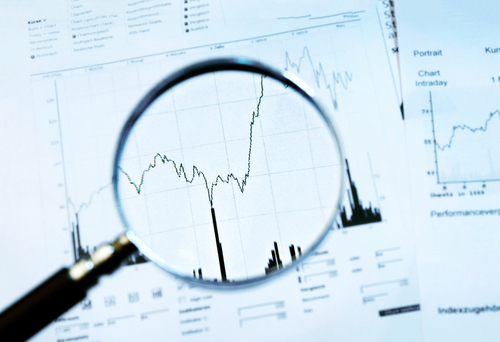 The revised second estimate of the US GDP for the first quarter of 2015, saw the world’s largest economy contract -0.7%, below expectations of -0.8% while the GDP price index remained unchanged at -0.1%. The contraction in the US economy proved to be modestly better than expected albeit the economy shrinking from 0.2% as previously released during the first estimate. The US Dollar was mostly muted to the event, considering that the estimates were for the first quarter with the trade weighted index managing to keeps its gains.

The market reaction to the GDP release could be called neutral at best as the markets focus on the coming months and especially the second quarter growth. Despite a weak start in April, economic data has started to pick up steam especially the housing markets data which has shown a considerable pickup in home sales, a precursor to what could be seen as the US economy gaining traction again. However, the second quarter GDP is unlikely to provide a stellar rebound and could be at best, be termed as a modest recovery at best.

Despite the rally in the US Dollar, most of the currencies, especially the Euro have started to rise since the past two days. EURUSD was seen trading near 1.098 level while USDJPY which recently touched fresh multi-year highs managed to keep its gains despite the strong rally showing signs of easing near the 124 handle. The Pound Sterling remained weak and under pressure trading near the 1.525 handle. The recently released second estimate in GDP from the UK was unchanged at 0.3% growth during the first quarter of the year, falling short of expectations of a 0.4% increase.

The most significant reaction to the US GDP data today came from the USDCAD.

The Canadian GDP was also released at the same time where the quarterly GDP declined -0.6% while the monthly GDP dropped -0.2%, falling short of expectations of 0.3% and 0.2% on the quarterly and monthly.

USDCAD no doubt got a boost as the Loonie weakened considerably and could not hold up against a stronger Greenback, trading near 1.25 price level. A break above 1.2522 would see the USDCAD eye fresh highs.

Earlier this week, the Bank of Canada left interest rates changed as inflation remained mostly stable across the board. However, economists are expecting to see a further rate cut from the BoC in a few months time unless the Greenback continues to rally against the Loonie, where in a weaker Canadian dollar is being seen as a much needed boost to the Canadian economy.

Later in the day, the Chicago PMI and the University of Michigan consumer confidence is also due for release which gives investors a glimpse into consumer sentiment for the month.