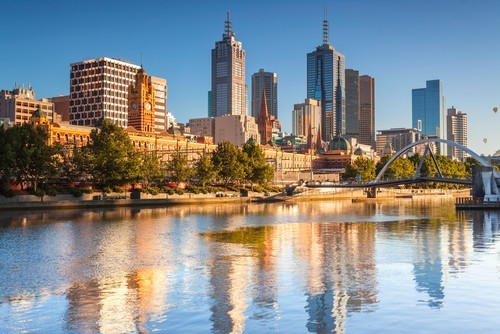 Australian retail sales data released earlier today, disappointed on both the headline and the core, falling below estimates. However the Aussie was unmoved against the Greenback, trading near 0. 8 highs as the Greenback continued to trade weak.

Overnight, New Zealand jobs report disappointed by a huge margin, with unemployment rate rising to 5.8%, above estimates of 5.5% and up from 5.7% previously. All the subcomponents of the jobs report also disappointed, falling below estimates. The weak data continued to put downward pressure on the New Zealand dollar as it was trading at 0.75 at the time of writing. Further downside is in store with a decline to 0.744, which also marks a double top measured move from the 4-hour chart.

The Japanese Yen continued to remain mixed, stronger against the Kiwi and the Greenback while weaker against the Aussie and the Euro.

The European trading session saw the services PMI data being released across various major economies in the region. Services sector continued to post gains across the board. The Euro was however unmoved by the data as the currency was seen stuck near the 1.12 handle ahead of the US ADP jobs report. Greece IMF payments are also bringing uncertainty to the European markets as the country needs to meet another 750 million Euro worth of loan obligations next week, around 12th of May. The country already paid out the latest payment of 200 million Euros to the IMF today.

British PMI services also beat estimates, rising to an 8-month high. The Pound was muted to the data as the UK prepares for elections, tomorrow which could bring a lot of uncertainty surrounding the outcome of the polls. The Cable was seen trading within a range ahead of the US trading session open.

US jobs numbers from ADP was the focus for investors today. Private jobs report from ADP showed the US economy added 169k private jobs against estimates of 200k. Previous month’s reading was also revised lower from 189k to 175k. The US Dollar continues to trade weak on the news with the EURUSD attempting to test the highs of 1.13.

The Greenback was trading lower near previous lows of 94.75 ahead of key events including speech by Fed Chair, Janet Yellen.