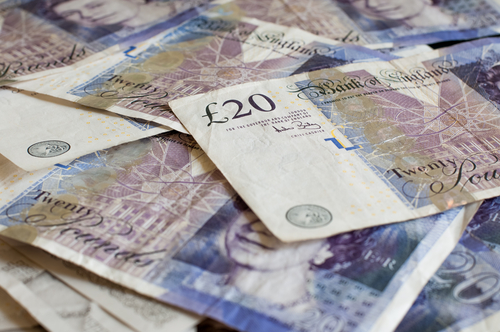 The British Pound got some boost with the services PMI posting yet another month of gains. Data released by Markit, showed the British services sector PMI rising reaching an 8-month high at59.5, above 58.9 last month. The Pound saw a modest reaction to the news, but quickly reversed to trade back at the pre-release levels.

For the past two days, the British Pound has been range bound after last Friday’s long bearish candlestick marking the short term range at 1.5249 and 1.5114. To the upside, 1.528 remains a level to watch as it marks a break out from a medium term rising price channel while a break below the 1.5114 low could see a drop to 1.50 where the initial support lies above 1.496 – 1.495

Some institutional firms have been calling for the British Pound to test the lows to 1.39 on the election uncertainty outcome. It is true that as of this point, the UK political parties are in a deadlock with the main three contenders ruling out coalition deals with the other smaller parties. If this is true, then at this point, indeed the political outcome could be highly uncertain. We could expect the British Pound to move in a tight range until the results are announced, which is when we could possibly get to see some strong direction in the British Pound.

As it goes in politics, pre-poll talk is entirely different to post-poll alliance negotiations and therefore it would be a bit premature to take up the party’s pre poll talk at face value.

The Cable, GBPUSD could be especially vulnerable as besides the political risks, the uncertainty among the US Dollar bulls adds additional volatility. So far, the Greenback has been trading very weak for the past month and we have seen a general trend of a selloff in the Greenback on weaker economic data. That said, the markets will be focusing attention to today’s ADP numbers as well as Friday’s NFP jobs print. Expectations are riding high for a pick-up in the labor market with a 200k+ print in April. Also in focus will be revisions to March jobs report.

In all likelihood, the Cable could turn quite volatile in a matter of 48 hours starting from tomorrow, May 7th as voting gets underway. We could start expecting the exit poll results around mid-day which is when the British Pound could likely come alive.

For those who are trading the British Pound and especially the Cable, be sure to have a proper trading plan ahead of the volatile period from May 7th through May 8th. Price spikes and lack of liquidity could be some of the factors that could play against trades, especially those with a tight stop loss.