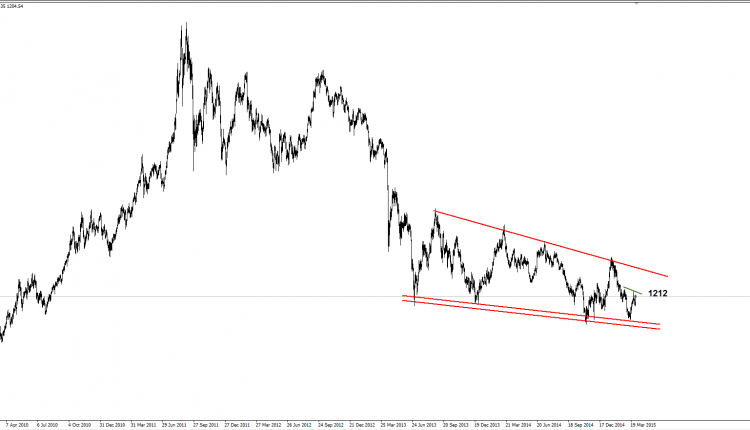 On the short term , the market still ranging between wide levels 1185/1205 – yesterday up move has not been sustained and awaited more confirmation for that move – with down move is again sustained ; Tomorrow data would have big effect on the yellow metal- .

the major short-term levels which the market would keep an eye on it 1178 – further drop below means 1150s would be the target for the market again.and higher 1220 which penetrations of it means toward 1250 and higher.