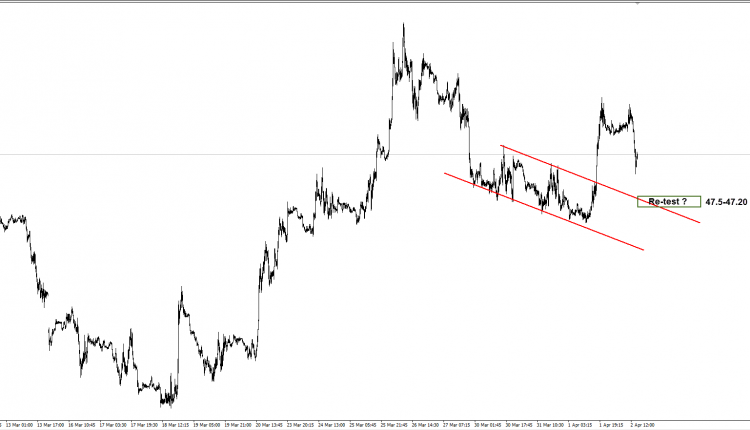 consolidation and near to reverse- awaiting the confirmation

On the short-term view ; we have mentioned earlier on our reports that the market is trading between 50s and 47s levels ; any successful breakout would continue on the direction of that breakout – the most probable scenario would downward breakout to reach a levels at 43/42 for barrel .

The market yesterday has reached to 50s levels ; however it means the upper levels of the range , and could not breakout successfully or sustain the move , in case market back to yesterday levels of 50.30 and recorded higher move then more target to await for it .

However , on the longer -term the fundamental of the market has bot been changed and June OPEC meeting is the awaiting event for the energy observer , with no change – as expected – about the adjustment of the supply then more down move is the new wave on the future to target below 40 per barrel .