Crude Oil – Up up and away! 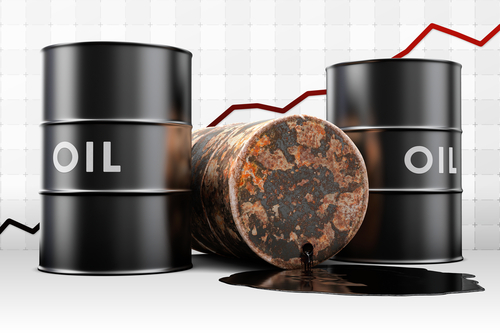 In our last week’s Oil report, we alerted the readers to the potential inverse head and shoulders pattern formed on the daily charts. Price action looks to have validated this pattern after the break out from the neckline near 51.5 level was briefly retested before Oil prices rallied to break the initial minor resistance at 54 and looks poised for a test to 55.35

From here on, Crude oil could remain a bit choppy unless the resistance is broken, which could then pave way for further gains towards 63 – 65 price zone which remains an important yet untested resistance level that was previously broken as support.

However, should prices start to consolidate; it would be tricky as a dip back to the neckline near 55.35 cannot be ruled out.

Crude oil prices gathered bullish momentum this week as economic data from the US continued to remain weak or subdued at best. The Dollar index which was mostly choppy failed to break above the psychological level of 100 and promptly turned lower, which gave Crude oil prices some additional boost. Fundamentally, nothing much has changed as far as oil prices are concerned. Yesterday’s rally was largely attributed to the fact that the EIA data showed a smaller than expected rise in the oil stocks inventory, which clearly is an indication that Crude oil could rally on even the slightest bit of positive news.

There were also rumors doing rounds that the US Shale oil industry was looking to cut production in 2016, which is viewed as a positive for Crude oil prices. Iran was also heard recommending a united action from OPEC members to cut down on production.

For now, there has been nothing concrete yet and the above remain as rumors until something substantial are announced.

Going forth, the trend line plotted will act a guide line for Crude prices. At the moment, price is in fact trading quite close to the trend line, indicating that perhaps a bigger momentum is required in order to break higher. Until such time, Crude could remain susceptible to both the Dollar strength as well as (over) supply concerns.

Looking to the weekly charts, we notice that price has barely broken out from the level at 5448 (53.5). A weekly close above this level is important to gain more confidence in the upside move in prices. The eventual target to this move in the medium term is likely to be at 62.13. However, the trend line plotted on the weekly could act as some dynamic resistance, which could push the prices lower again.

Regardless, the main clue to bear in mind is to firstly see a weekly close above 53.48 or 53.5 and ideally expect a brief dip to this level to test for support, which would give a clear signal for a continuation in the rally towards 62.13

Besides the factor of Crude oil prices, further rally in Crude oil could start to see inflation pick up in most countries, which in turn will most likely result in some hawkish undertones taking shape as far as monetary policy is concerned.