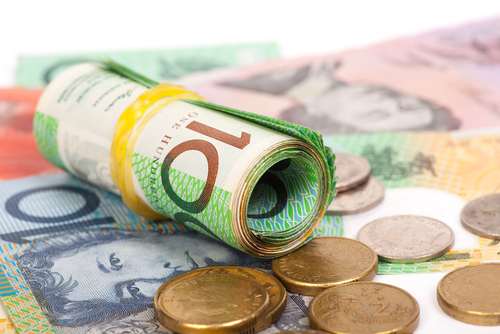 The Australian Dollar gathered bullish momentum in the early hours of the Asian trading session today as the latest jobs report showed a marked improvement in the labor market for the month of March. Unemployment rate improved to 6.1%, beating estimates of 6.3%, while the previous month’s unemployment rate was revised to 6.2% from 6.3% previously.

The Employment change saw 37.7k jobs, which again beat estimates of 14.9k while the previous month’s numbers were revised higher to 42k from 15.6k. The better than expected numbers kept the bullish momentum going after recent economic data from the US disappointed, which saw most of the commodity risk currencies stage a rally against the Greenback.

More economists expect RBA to cut rates in May

Despite the upbeat numbers in the jobs market, some economists continue to expect a rate cut from the RBA at its May meeting. Earlier this week, the IMF also chipped in, calling for the RBA to ease its monetary policy efforts and had in fact gone on to project that unemployment numbers would average between 6.2% and 6.4% in the near to medium term.

At its last month’s monetary policy meeting, the RBA decided to stand pat on policy and noted that further easing could be taken up based on data. Since then, there hasn’t been much of economic releases from Australia, with the jobs numbers being the main data released so far. The biggest concern for the RBA comes from the property and mortgage market heating up on account of lower interest rates, with the periods between February and March showing a highest rise in new home sales a sign that further easing would simply start to create a bubble in the Australian housing market, if it didn’t already.

Inflation expectations from the Melbourne Institute also showed an increase from 3.2% to 3.4%.

The next major market moving event for the Aussie dollar comes from the April monetary policy meeting minutes, due to be released on 21st April. Traders will be looking to read between the lines in order to get any clues on future rate cuts from the RBA.

From the 4-hour time frame, the AUDUSD looks very bullish when you factor in the triple bottom support formed near 0.759 – 0.755. This support level being strong, points to a possible upside target. However, for now, the immediate rally could target the minor resistance level at 0.781 and perhaps a push higher to 0.788. A break above 0.788 and a test of this level as support could then put the triple bottom pattern in play which projects a minimum upside target to 0.8, a level that is sure to get the RBA very nervous in terms of the exchange rate value. 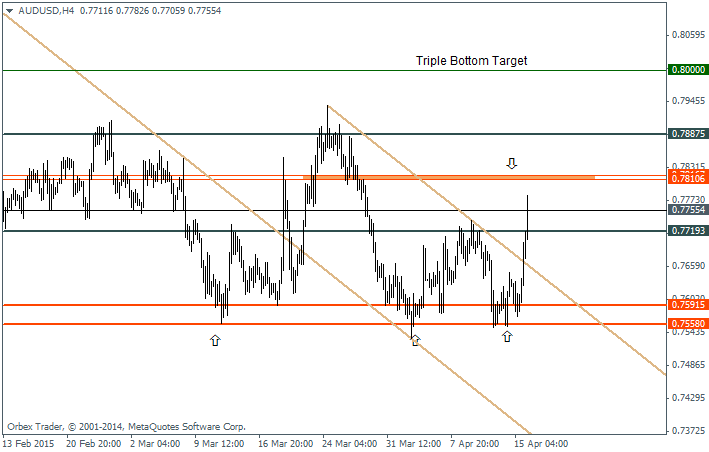 The main risk however comes from the remaining US economic data, with the all important CPI data due on Friday. A better than expected CPI reading could see the US Dollar strike back with a vengeance which could see the Aussie fall hard. Expectations are for a no major change from the previous month, which sets the bar pretty low and any possible upside surprises could see the AUDUSD promptly fall lower.

6 Classic Reasons why you are losing money trading forex

Crude Oil – Up up and away!