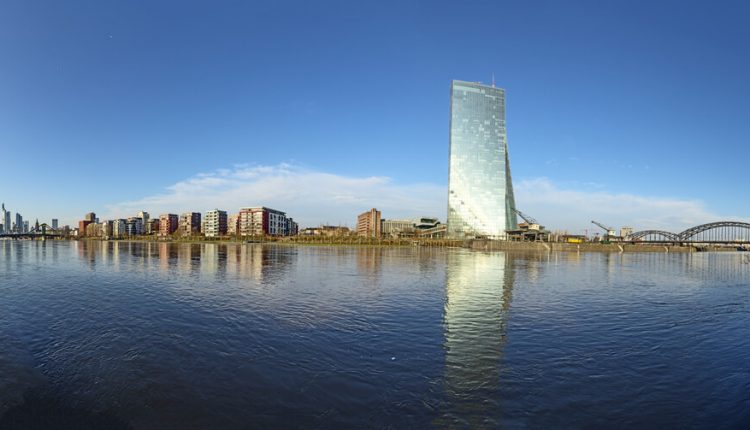 The week ahead will the Bank of Japan and the European Central Bank meetings. Both the monetary policy meetings will come into focus as the previous week’s announcement from the BoJ and the ECB’s meeting minutes suggested that the central bank could be turning the corner.

On the economic front, labor market data will be coming up on Wednesday, followed by New Zealand’s quarterly inflation report. The inflation data is expected to cover the fourth quarter ending December 2017.

GDP data also forms a major theme this week with the UK and the U.S. expected to release the advanced quarterly GDP data. Canada will be releasing the monthly GDP figures on Friday.

From the United States, besides the advanced GDP report, focus will also be on the monthly durable goods orders.

European Central Bank – Will they or won’t they talk down the euro?

The markets will be heading into the ECB’s first monetary policy meetings this Thursday. The central bank is expected to keep monetary policy unchanged with rates near zero while it continues with its bond purchases at a pace of 30 billion euros.

Focus will turn to the ECB’s monetary policy statement, as investors will look to see if the central bank has made any changes to its language on forward guidance. This comes following the release of the December meeting minutes. The report showed that ECB officials discussed changing the language on its forward guidance, depending on its assessment of the economy.

The report pushed the common currency higher as investors started to speculate that the ECB could slowly turn hawkish in its forward guidance. However, the common currency was seen falling again after Vitor Constancio said in an interview that officials should not be in a hurry to choke growth.

The ECB’s vice president also said that the current gains in the euro did not support the fundamentals, citing the recent slower pace of increase in consumer prices.

For investors, this week’s ECB meeting is most likely to be a non-event with Draghi unlikely to jawbone the euro but rather strike a balanced tone. We can also expect no major changes to the ECB’s language in its forward guidance.

BoJ meeting likely to be a non-event

The Bank of Japan’s monetary policy meeting will be held on Tuesday this week. The central bank is expected to retain its interest rates at -0.10% while making no changes to its 80 trillion yen in bond purchase operations.

BoJ’s Kuroda will be holding a press conference later in the day where he is expected to shed more light on the forward guidance. Officials at the BoJ have expressed concerns on continuing its bond purchases which are now terms as posting significant risks to the Japanese economy.

Hawkish as it may sound; officials are unlikely to present this view. With inflation still below the BoJ’s 2% target rate and rising only at a sluggish pace, the BoJ meeting could see little to no changes being made.

Advanced quarterly GDP data: The U.S. and the UK

GDP data remains the key theme on the economic front with both the U.S. and the UK releasing the advance GDP reports for the fourth quarter of 2017.

The UK’s advance GDP report will be coming out on Friday, 26 January. According to the economists polled, the UK’s economy is expected to have advanced at a steady pace of 0.4% on the quarter. This is the same pace of increase seen in the third quarter.

On an annualized basis, UK’s GDP is forecast to rise at a slower pace of 1.4%, compared to the third quarter’s annual increase to 1.7%.

Later in the day, the advance GDP report from the U.S. will be coming out for the fourth quarter of 2017. Economists forecast the U.S. economy advanced at an annualized quarterly rate of 3.0%. This is somewhat slower compared to the 3.2% increase seen in the third quarter last year.