US and China CPIs and Global Impact 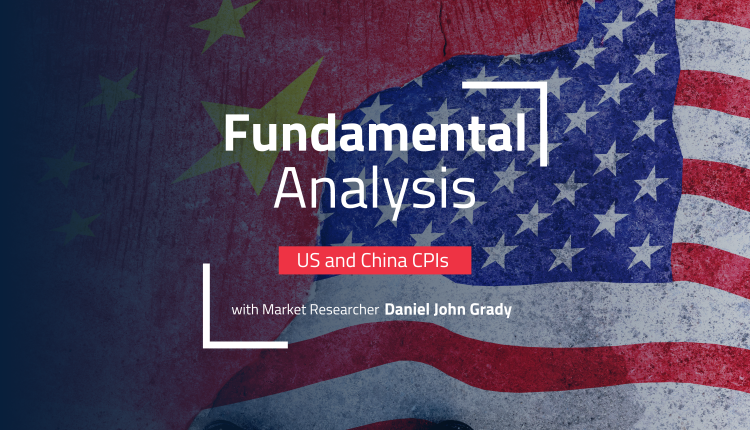 The world’s two largest national economies report inflation this week. After the Congressional elections in the US, the next big risk event is expected to be CPI change reports on Thursday. But, before that, China reports its own prices data tomorrow. Evidently the US figures are likely to have the biggest effect on the markets. But given the fluctuations in expectations in China, its data could have an impact on commodity currencies as well as future expectations for inflation.

Why it matters: China data

The PBOC keeps a tight rein on the Chinese currency. Given the impact of covid measures since near the start of the year, the central bank has taken on a much more accommodative stance. Naturally, the yuan has weakened over the period. With China being the largest importer in the world, the presumption is that it would filter through to increasing domestic prices.

The flip side is that a weaker yuan means Chinese exports are cheaper for foreign buyers. This can help tamp down global inflation worries. But, if inflation starts to rise and the PBOC has to tighten policy, then the yuan could get stronger. This might be positive for commodity currencies, but could imply higher inflationary pressures for China’s buyers.

The data to look out for

China’s monthly inflation rate is expected to remain stable at 0.3%. Annual inflation is expected to decelerate to 2.4% from 2.8%, mostly due to the comparable period last year. The POCB has a target that’s a little higher than most other central banks, wanting to keep inflation below 3.0%.

What the expectations mean

If the results meet expectations, it could have an important impact on policy. That’s because of the expected change in core inflation. Headline inflation has been drifting lower, mostly thanks to lower fuel prices. Crude prices have moved up in the last few weeks, after OPEC+ cut production targets. However, it’s estimated that won’t have filtered through to US consumers yet.

Core inflation is what the Fed tracks in order to determine monetary policy. So far, even as the Fed has been aggressively hiking rates, core inflation has also been rising and recently hitting new multi-decade highs. If expectations are met, it would be the first time that core inflation has reduced since July. Of course it’s too early to establish a trend (and the last downward move was interrupted, as well). But with questions about when the Fed could start slowing down rate hikes, a reduction in core inflation would be another reason to expect policy tightening to slow down. Currently there is a near even split on whether the Fed will raise rates by 25bps or 50bps at their next meeting.

Test your strategy on how the CNY will fare with Orbex - Open Your Account Now.