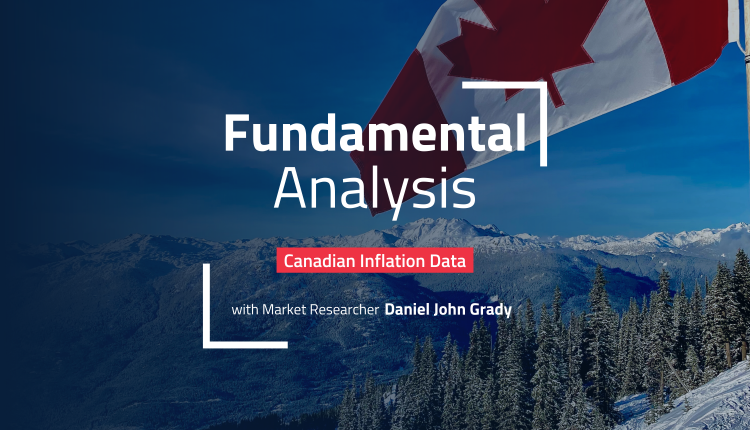 The BOC has taken an even more aggressive rate hike route than the Fed, giving the CAD the fastest rising rate of the majors. This didn’t stop the meteoric rise in inflation that most developed countries have been seeing this year, although not as dramatic as in the US. Given the economic interconnectivity with the US, it’s not surprising that CPI trends have been similar in both countries.

However, unlike in the US, Canada has been seeing not only a flattening but actual downturn in core CPI, the measure followed by central banks. This opens the question whether the BOC’s increased frontloading of the interest rate means they can slow the pace of hikes before other central banks. Particularly as more economists worry that there is a recession on the horizon, if it’s not already here. If core rates continue to fall, there would be further arguments for the BOC to not “lead” the Fed higher. The BOC meets again in late October.

Canada’s inflation rate is expected to fall for the second consecutive month to 7.3% from 7.6% prior. This is expected to be supported by a -0.1% monthly rate, compared to 0.1% in July. The figures mirror the results seen in the US, but at a lower level. The drop in global crude prices has contributed to a reduction in energy costs in Canada as well.

But what the BOC focuses on is the core rate, which trims off the effects of energy and food prices. And there the situation is a little more complicated, since annual core CPI is expected to rise to 6.2% from 6.1% prior. This is based on an expected acceleration in the monthly measure to 0.6% from 0.5% in July.

Putting the pieces together

Just like with the US’ data from last week, even if the headline inflation rate goes down, the market is likely to react to the core rate. However, the differences that could impact the market here are really small. If the core rate is in line with expectations, it’s just a decimal away from the prior. And a variation of a couple of decimal points from expectations is quite common.

If the rate were to be at 6.1% or above, it would likely lead to speculation that the BOC will keep its aggressive stance. Because it suggests that a downward trend in the core inflation rate has not been established yet. This idea could get an extra boost later this week if the Fed raises rates by 100bps, which could lead to speculation that the BOC might raise rates by a full percentage point again.

What if expectations aren’t met?

On the other hand, a miss of expectations by just two decimals (or more) would signal that the downward trajectory in inflation is intact. That could return the discussion to how much the BOC will moderate its tightening at the next meeting. And, again, this could be further supported if the Fed hikes by just 75bps on Wednesday.