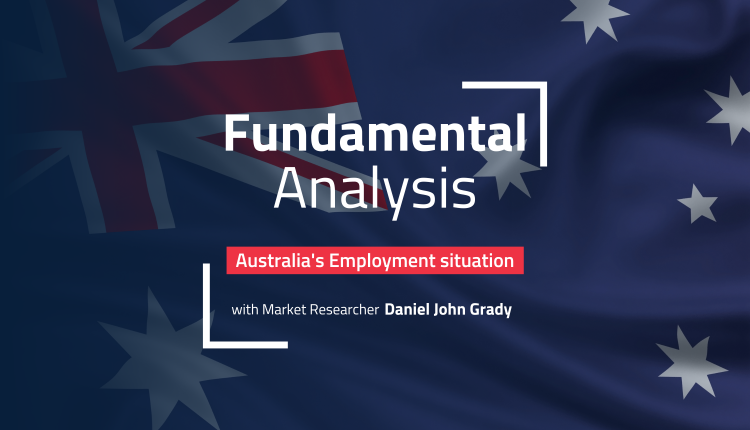 Jobs figures are back in focus in Australia following some interesting comments from RBA Governor Lowe a few days back. Of course the RBA doesn’t care about the employment situation directly. But the theory is that jobs support consumer demand, which in turn supports prices. With the employment situation expected to turn around, particularly going into Australia’s spring season, does that mean it’s time to start considering a change in RBA policy?

The Governor insists that it’s not, and that policy will be consistent. The issue is that market expectations seem to not align with the RBA’s outlook, pricing in more hikes into next year. In his latest speech, Lowe appeared to be trying to temper expectations. One key point is insisting that Australia did not need to follow the Fed’s rate higher, citing the employment situation.

What is the employment situation?

Australia has relatively low unemployment, which has contributed to upward pressure in wages. However, wages have not kept pace with rising inflation, which means the RBA doesn’t have to worry about a wage-price spiral. With housing prices starting to fall, but exports remaining strong, there is a case that the reserve bank might not feel as much urgency to control the market. Healthy appetite for raw materials from China has continued to support the dollar, which in turn puts downward pressure on prices. Given the amount of imports from Australia, this might have a bigger impact on reducing inflation than direct monetary policy.

Recently there has been a little weakness in employment, but that was seen as a result of lower participation. Increasing labor force participation would be seen as helping the RBA’s objective to bring prices down, as it would help increase production and solve some of the supply side issues. For that reason, the RBA might be wary about going above the neutral rate. Lowe did not give a specific range, just simply said that current policy was “nearer”.

Australia August unemployment rate is expected to stay steady at 3.4%, despite the participation rate expected to tick up a couple of decimals to 66.6% from 66.4% prior. Australian firms have been complaining for months that they have been having trouble enticing workers back.

The employment change is projected to turn around, and show 35K jobs created compared to -49.9K in July. These figures are seasonally adjusted to account for Australia coming out of the middle of winter. Chief sector that had been impacted over the last few months was construction as home sales and prices started to fall.

The issue now is whether the RBA will hike another 50bps or just do 25bps at their next meeting at the start of October. So far, there is much consensus, but the market still seems to be betting on a more hawkish option.

Better jobs numbers would actually give the RBA more room to maneuver, and could be interpreted by the market as meaning a harsher hike is more likely. On the other hand, if the labor market were to not show the expected rebound, it could shake some of the confidence that policy will be as tight as expected, and weaken the Aussie.