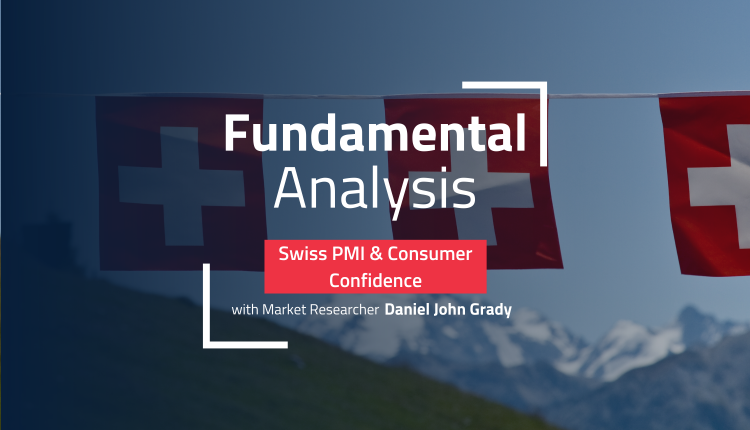 Last Friday, Switzerland’s KOF leading indicator came in well below expectations. To make matters worse, the prior month was revised lower. With the world talking about both recession and facing massive inflation, it would appear the Swiss Franc would be in a good position. Particularly considering that unlike its neighbors, Switzerland has just 3.4% inflation in the latest measure.

With a better performing economy, the SNB has substantial room to raise rates and keep policy steady. But that room might start to shrink substantially if the economy starts to flag. Hence, a lot more attention could be on leading financial indicators, and that could leave investors potentially looking to take advantage of Swissie strength to be a little more worried.

The thing is, Switzerland is a highly-export oriented country, and has a lot of exposure to the EuzoZone. But not just the EuroZone, where the economy is still growing, relatively speaking. But specifically to Germany, Switzerland’s largest trade partner. Even bigger than the US, Germany accounts for 15% of Switzerland’s trade. And Germany just reported zero growth in the last quarter.

The big difference, though, is that ECB is supervising Germany’s economy, which has been very hesitant to tighten rates despite rising inflation. The SNB doesn’t appear to have such hesitancy. So, even if the underlying economic fundamentals aren’t as rosy as they were, Swiss monetary policy could be tighter than the EuroZone. But, given the trade connection between the two, it would be unsurprising if the SNB policy actively considers or even anticipates ECB policy. Particularly if the anti-fragmentation tool is seen as working and the ECB finally starts to take inflation seriously.

Traders looking for a haven might be mindful of a ceiling for SNB’s policy, which could be constrained by economic activity. The SNB is much more mindful of the impact its policy has on Swiss exporters and the overall economy than comparable central banks. They didn’t hesitate to take the markets completely by surprise to raise rates by 50bps. Now that the ECB has followed the SNB higher, Swiss rates are -0.25 and behind the shared economy. Unless there are major signs of a market downturn, the market could be pricing in another SNB rate hike.

Swiss consumer confidence has been trending lower and missing expectations since the middle of the pandemic recovery last year. Analysts are forecasting it will fall further to -29 from -18 at the last release. That would be the worst result since the bottom of the pandemic.

On the other hand, Swiss Manufacturing PMI for July expectations remain still somewhat upbeat, if also falling substantially. The consensus is for the survey to show 57.4 compared to 59.1. While still in expansion territory, it’s still would be the worst result since before covid vaccines were available. We should also note that through the rest of Europe, almost all PMIs have missed expectations, which might be a sign of what’s to come with the Swiss data.

Bitcoin Breaks Out of Bullish Flag!