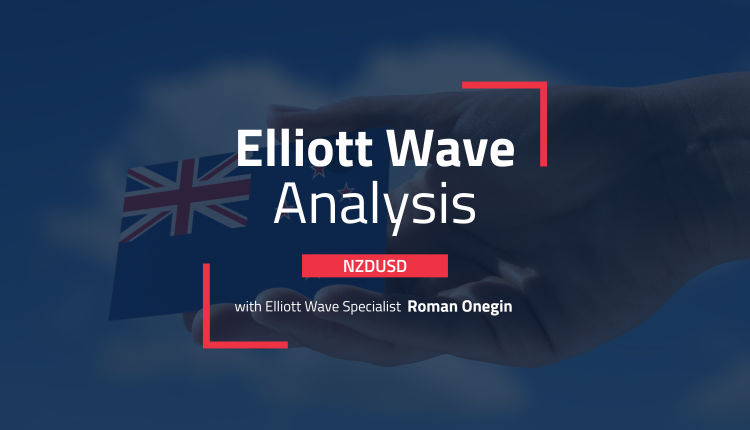 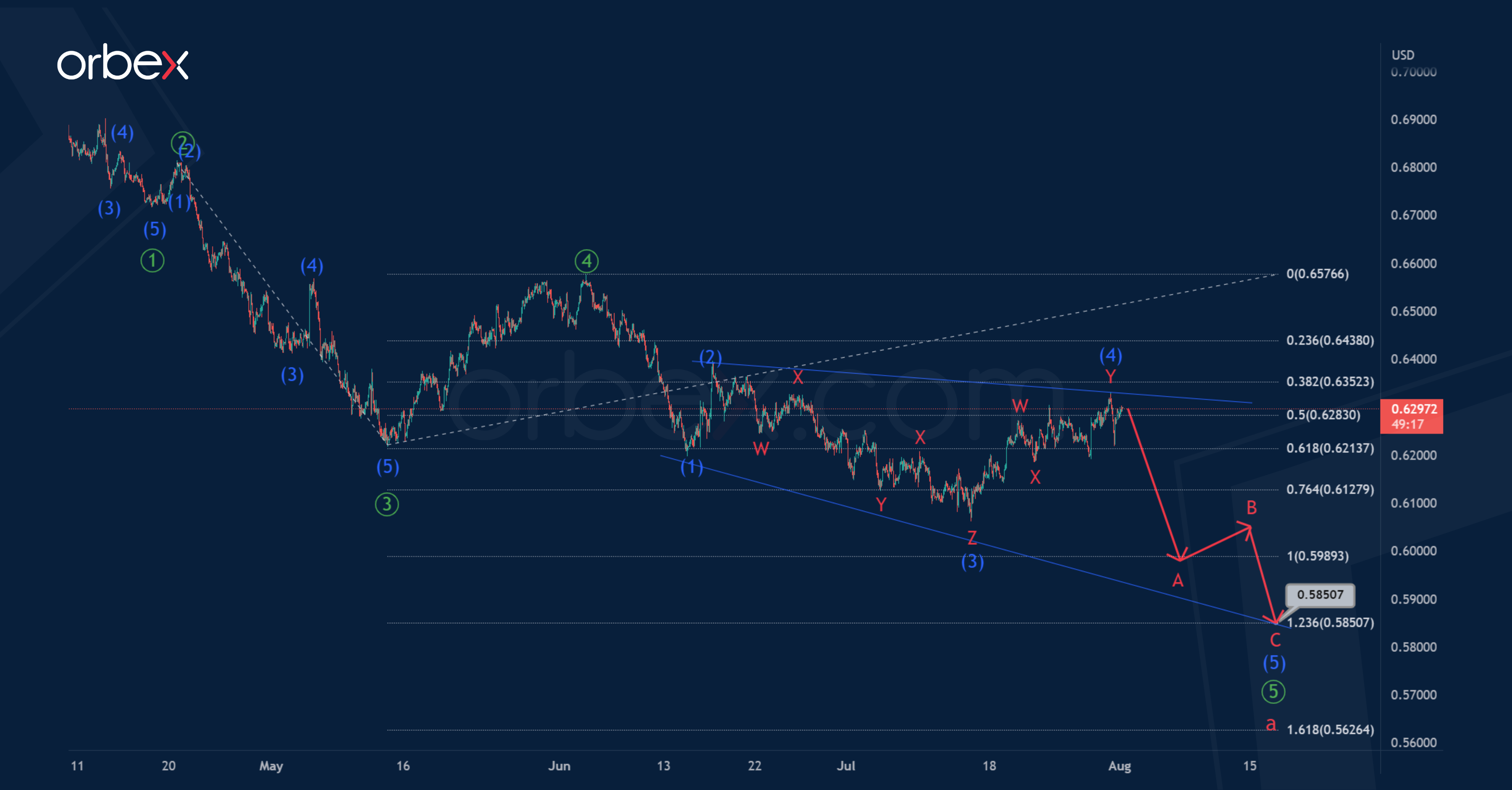 The current NZDUSD structure on the 1H timeframe shows the formation of a new bearish trend. This could take the form of a primary impulse ①-②-③-④-⑤. This impulse can give rise to a global zigzag a-b-c of the cycle degree.

The first four parts of the potential impulse are fully completed. In the near future, it is expected to decline in the sub-wave ⑤ to 0.585. This sub-wave can take the form of an intermediate ending diagonal (1)-(2)-(3)-(4)-(5)

At the specified level, wave ⑤ will be at 123.6% of primary impulse ③. 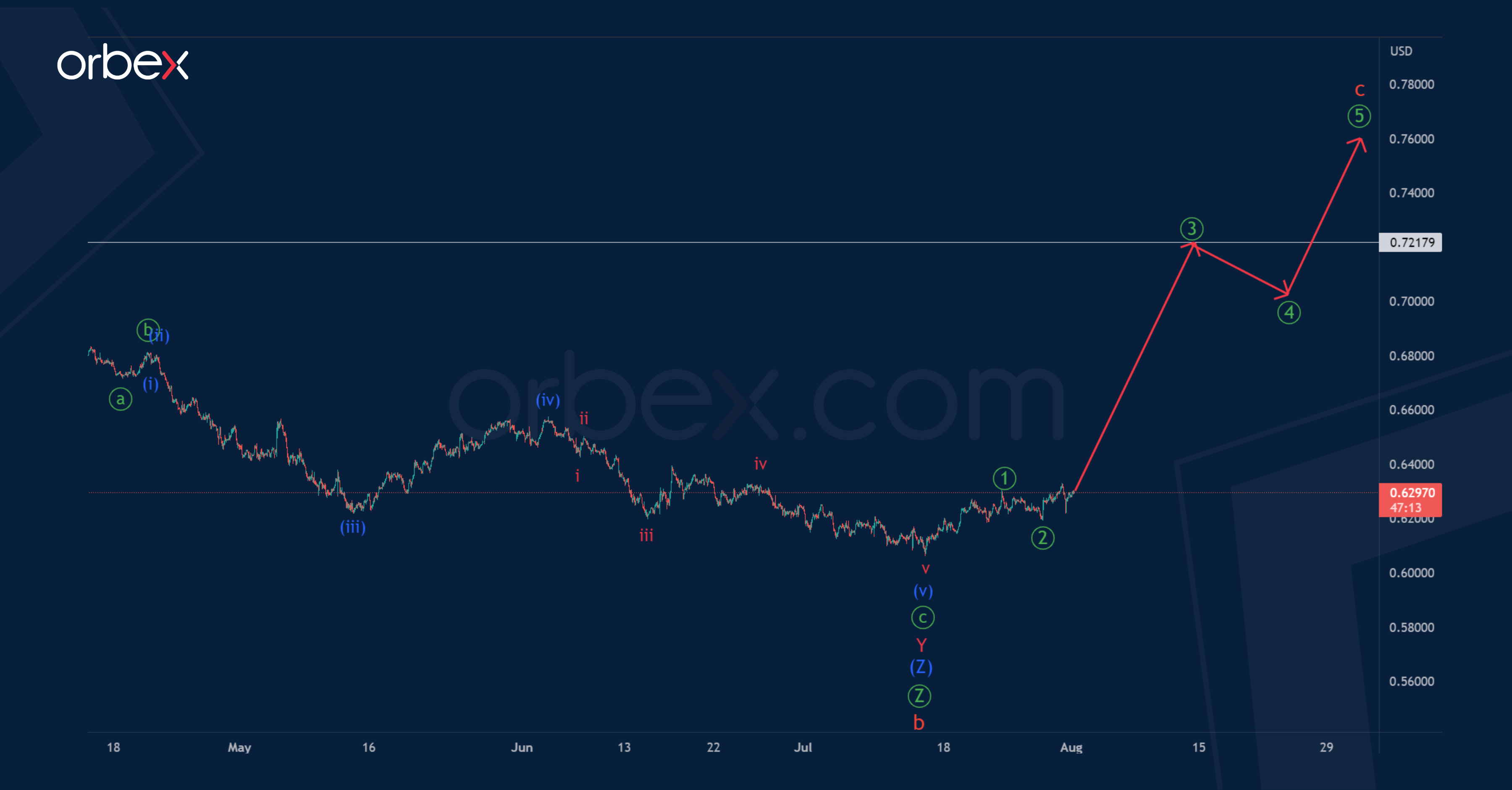 Alternatively, it is assumed that the market continues to build a large bullish zigzag of the cycle degree. The final primary wave Ⓩ, which is part of correction b, took the form of a triple zigzag (W)-(X)-(Y)-(X)-(Z) of the intermediate degree.

Thus, in the next coming trading weeks, the development of a bullish cycle wave c above 0.721 is possible. Wave c is likely to take the form of an impulse ①-②-③-④-⑤. At the specified price point, the construction of the primary impulse wave ③ is likely to end.

The level of 0.721 is the previous maximum marked by the primary wave Ⓧ.

Bitcoin Breaks Out of Bullish Flag!