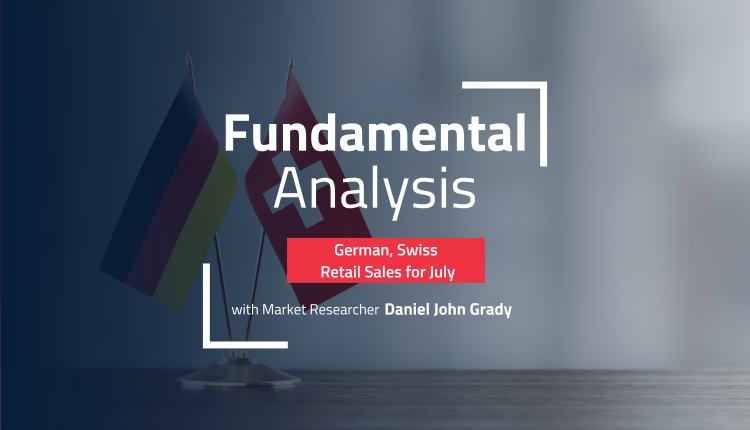 Retail sales are back to the forefront of analysts’ minds. Especially now in Europe, with the ECB raising rates. On the one hand, traders would like to be wary of any signs of demand destruction that could mean weaker currency going forward. On the other, tighter policy could be slowing the economy, which could also weaken the currency.

But, if retail sales beat expectations, it could help return some confidence in the economic outlook. The markets have already priced in a full 50bps hike by the ECB next week, with over half of economists expecting as much as 75bps. Better economic prospects could support the idea that the central bank has plenty of room to keep tightening.

Germany to the forefront

German retail sales are particularly important for the Eurozone not just because it’s the biggest country in the Area. Germany has been experiencing less inflation than the periphery, despite its dependence on imported energy. The implication is that if retail sales are affected in Germany, they might be even worse in the rest of the common economy, which has higher debt issues.

Saving rates in Germany have started to fall, but remain higher than in prepandemic levels. Higher saving rates have correlated with lower inflation. People putting money into savings instead of spending it reduces demand pressure. If savings rates fall, or credit levels increase, it could imply further increases in inflation. That might give the ECB more reason to tighten policy.

The disparate situation between Germany and Switzerland might highlight the market reaction. While Swiss inflation remains above target, but not as bad as Germany, the SNB is under significantly less pressure to raise rates. Retail sales, therefore, have more room for expansion. While this could imply a weaker franc, the reality is that the difference in inflation expectations means real rates in Switzerland are much higher than in Germany.

Improving (or less negative) retail sales sends the signal that prices can keep rising, and raise inflation expectations. Coming on the heels of higher than expected CPI figures earlier today, it could increase the bets that the ECB will raise rates. But the calculus for the SNB is likely to remain the same.

German July monthly retail sales are expected to come in flat, compared to -1.6% in the prior month. Just a decimal higher could push the figure into the psychologically important “positive” category, and might spur a bigger market reaction. On the other hand, that the shorter term figure is improving, might give the impression that the situation in Germany is not as bad as initially feared. Particularly when considering that the annual figure is comparing to last year when there was relief buying during the summer. Annual change in retail sales for Germany is forecast at -6.5% compared to -8.8% prior.

Swiss July retail sales are expected to be somewhat the opposite, with monthly figures forecast to drop -0.2% compared to 0.1% growth. Annual change in retail sales is projected to slow to just 0.3% compared to 1.2% reading in June.

Bitcoin Retakes $20k, But for How Long?