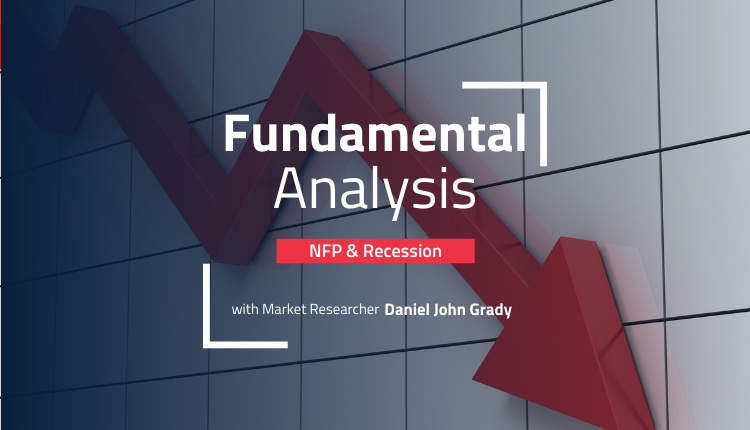 This time around, NFP could rock the markets. Not so much because of monetary policy implications, but what they could say about the underlying economic situation. Talk of a recession keeps growing, and NFP is one of the first complete data sets for Q2 that we will get.

We should remember that the US already reported one quarter of negative growth. Meaning that if Q2 shows negative growth, then the country is officially in recession. Most economists don’t agree with that outlook, yet. The consensus is still for a recession next year. However, if they were to be wrong and the recession were already in effect, we could get the first clues of it in NFP data.

What about the Fed?

The Fed has said that the unemployment rate is at a structural level, and it has remained relatively steady since then. Which means that monetary policy is now almost entirely focused on getting inflation down. So, it’s not particularly likely that jobs data will inform what future monetary policy will be like. That is, unless it comes in way out of bounds from expectations, such as showing negative jobs added.

But that doesn’t mean the Fed is completely disconnected from the result. The issue is that the Fed is raising rates at the fastest rate in decades, which would be expected to drag on the economy. Yields are rising, and so is the cost of mortgages and credit cards. All of that would be expected to put a damper on consumer spending which drives the economy. So, a significantly below expectations jobs number could get traders to wonder if the Fed will actually deliver on the 75bps rate hike expected at the next meeting.

While it’s unlikely to have a massive shift in the NFP number, a relatively small change in the unemployment number could get traders worried. If the ratio of jobseekers were to rise by a couple of decimals, it could be a sign that the jobs market is starting to be affected. Typically, employment is a lagging indicator for the economy, so it would be seen as quite negative for economic prospects if the jobs market were on the wane.

But, it could also be a product of the participation rate, not necessarily a problem with job offers. There are still more job openings than people to fill them according to the BLS. But, it’s possible that more people are returning to the market, pushing up the unemployment rate, even if there was a good amount of jobs created. That might be an indicator that the persistently negative real wage growth is starting to have an impact on household expenses.

The US expected to have created 268K jobs in June, down from 390K in April. The unemployment rate is expected to remain steady at 3.6%, as well as the participation rate expected to stay at 62.3%. Average hourly earnings are expected to slow to 5.0% annual, down from 5.3%, and well below the 8.6% inflation rate.