US June CPI and the Next Fed Move 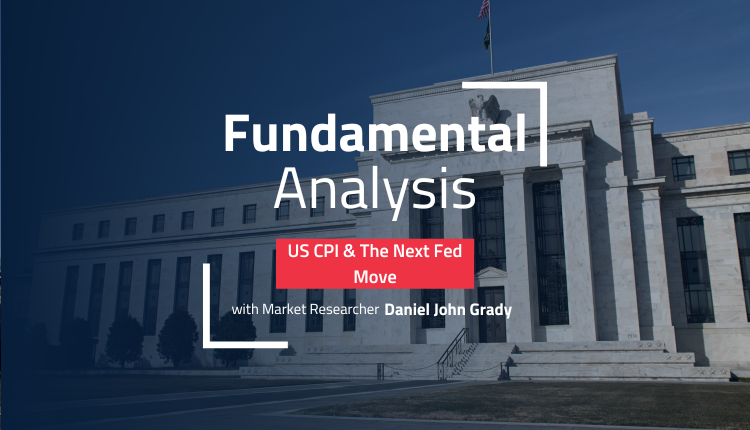 Tomorrow we could get the data that is the highlight of the week. US inflation figures are likely to set the mood for the markets, potentially until the Fed meets at the end of the month. Safe-haven flows have been the main driver of currency markets. The weakness in the Euro, for example, is generally driven by a move towards US fixed income.

If inflation deviates from expectations, it could lead to some significant reassessment of where Fed policy is going. In turn, that could change the general perception of the economic outlook. Depending on what happens, it could intensify the currency flows, or reverse them. Here’s how the data might affect the markets

We have to remember that the Fed pays most attention to the core inflation rate. If it comes in above expectations, particularly above 6.0%, it could be seen as a sign that inflation is still far from being under control. This would increase bets that the Fed will hike aggressively at their next meeting, and possibly in September.

On the other hand, if core inflation were to drop further than expected, like below 5.5%, then this would likely be seen as giving the Fed a reason to tone back the rate hikes. Not only would that raise speculation of a rate hike pause in September, but might lead to a reduction in the expectations for the hike this month.

That doesn’t mean the headline CPI figure should be ignored. Consumer sentiment responds more to the inflation on total consumer goods, not just the core products. That the Fed favors other measures in terms of monetary policy won’t put to rest worries about an inflation-induced recession if prices once again rise to new multi-decade highs.

The current consensus is that US inflation in June will come in at 8.8%, higher than the 8.6% reported last time. If the figure were to not reach as high as last month’s, it could reignite speculation that inflation has peaked, and provide improved sentiment in the markets. Especially if it comes combined with a lower than expected core rate.

Towards the upside, the market is already braced for a worsening of the inflation situation, so if CPI comes in above expectations, it likely won’t change the calculus all that much. There will have to be a much larger beat to really change the market outlook.

Core CPI change is projected to come in at 5.7%, down from 6.0% prior. On a monthly basis, it’s supposed to remain flat at 0.6%. One of the issues of analyzing the inflation at this point is that the annual comparison traces back to when inflation was already starting to rise. So the annual rate could show a slow down, even if inflation remains flat.