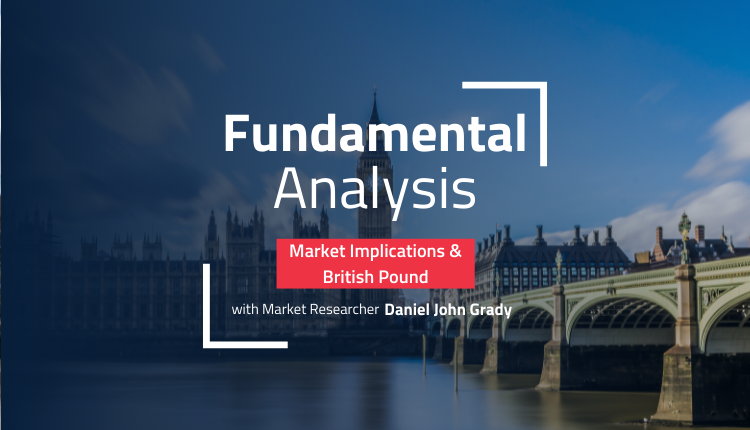 Today, the pound was trading at 2-year lows against the dollar. It follows the surprise resignation of the Chancellor, Rishi Sunak, late yesterday, provoking a significant Cabinet reshuffle. The new Chancellor is former Secretary for Education Nadhim Zahawi. But, in terms of a major policy shift, the consensus is that the new Chancellor will generally follow the same line.

What is concerning to the markets is the rebellion that Johnson is facing among his own party. Even after the change in the Cabinet, more members have already put in their resignations. Johnson came out yesterday to affirm he would stay in the top job, but the increased uncertainty is likely to keep markets on edge.

Johnson already survived a no-confidence vote, which under current rules means that he’s supposed to be immune from another such internal challenge for a year. This rule is set by the “1922 Committee”. But the committee is having its own internal leadership competition, with rebels seeking to put in a directorship that would allow for a change to the rules. This might mean another no-confidence vote for Johnson in the near term.

Usually, a change in party leadership doesn’t bother the markets so much, because it doesn’t mean a change in the political makeup of the Government. Of course a new PM typically means a change in style, or even some policies, but as a general rule, PMs don’t get the boot for the things that rile up the markets.

Why it’s different this time

PM Johnson is unpopular, and pundits are likely to seize on several issues to explain why. But, generally, people are unhappy with the government when inflation is on the rise. Which means that the government might take measures that could affect the evolution of consumer prices. Already the prior Chancellor issued a series of measures that would increase the amount of money in circulation. While that would presumably help many people in the short term, it makes the BOE’s job a little harder in the long run.

The lack of popularity of the current government also means that the Tories are behind in the polls. A usual way to diffuse a situation like this would be to call a General Election. If the crisis escalates, that could be a possibility, and imply a radical shift in the policy from 10 Downing Street if Labour were to win. Given that (albeit remote) possibility, investors are expected to remain on the sidelines as the situation percolates.

While this is happening, the Government is trying to manage the very delicate issue of reforming the Northern Ireland Protocol, which has incurred the ire of the EU. The internal political conflict might distract the PM, and even some of the negotiators, as the lead UK representative to the EU, Liz Truss, is rumored to be a potential replacement for Johnson, should he lose a no-confidence vote.

The BOE’s outlook is likely to remain unchanged, but a weaker pound, particularly in comparison to the weaker Euro, could make tackling inflation a little more challenging. Analysts are likely to be titled to the downside while the political drama lasts.