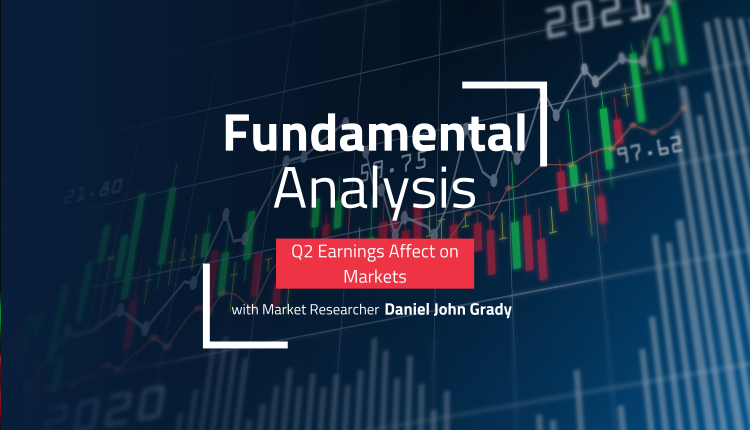 Tomorrow is the unofficial start of Q2 earnings season, with the “big four” US banks reporting their earnings. As most corporations around the globe update investors over the coming month, we’ll get a lot of insight into how the economy is performing. Multinational corporations can often be the canary in the coal mine for what’s coming up in the forex markets. Here are some things to pay attention to:

The consensus is that most businesses will be reporting higher sales figures. Normally that would be a good thing, but a quick dive into the financials suggests otherwise. Companies are also expected to report smaller profit margins. To make matters worse, the rate of increase in profits is expected to be slower than the increase in inflation. Meaning real income for businesses are forecast to be down compared to the prior year.

If we US PepsiCo’s results from yesterday as an example, the firm reported substantially increased sales in its main consumer division, Frito-Lay. However, that was due entirely to pricing; organic sales volumes actually fell. In other words, people bought less products, but paid more money. This isn’t a sustainable model for any company. So even though the company beat estimates both on the top and bottom line, the share price closed in the red for the day.

Preparing for the worst

A similar situation is expected in the banking reports. Financial companies are more closely tied to forex, because they are the ones buying and selling currencies for the most part. Generally, banks make more money during periods of higher interest rates. So, banking revenue is expected to increase.
But net profits for banks, on the other hand, are expected to drop in a range of 30-40% due to higher costs (Wells Fargo is expected to be an exception here, due to extraordinary restructuring charges). Banks are expected to be putting funds aside to deal with increased insolvencies which are expected if there is a recession. Banks could be a lot more forthcoming about the future of the financial markets than the Fed, because they must protect their shareholders’ interests. Increasing provisions, and an unexpected drop in profits in the banking sector could be a sign that a recession is imminent, if not already here. This would likely drag down the stock market.

Running for the exits

If companies fail to report good earnings, or provide a more bleak outlook than expected, the stock market would likely underperform. Investors selling shares would likely shift their assets to safe-havens, particularly US treasuries, and lower yields. This could, by extension, weigh on the dollar. However, if the situation is worse overseas, then the inflow of currency could actually increase the value of the dollar. A phenomenon that is currently being observed, as yields drop but the dollar gets stronger.

On the other hand, if corporate reports show better than expected results, with inflation not eating too much into profits, the reverse could happen. Traders could move out of fixed income to snap up stocks, and the Fed would be expected to keep tightening. This would move yields higher and likely also support the dollar. A factor that could be contributing to the pricing action in the greenback lately.