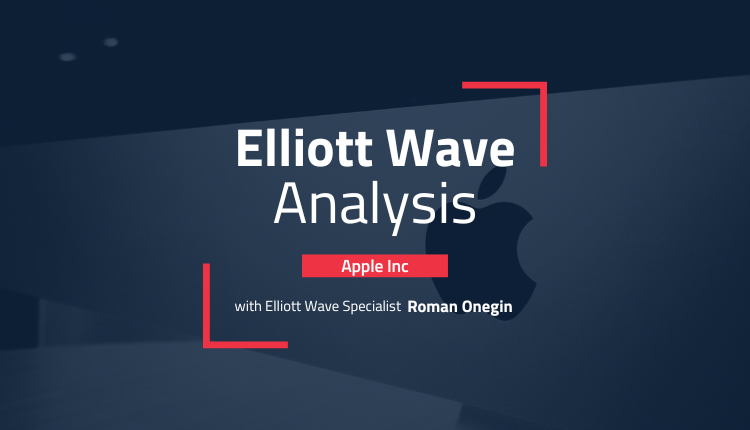 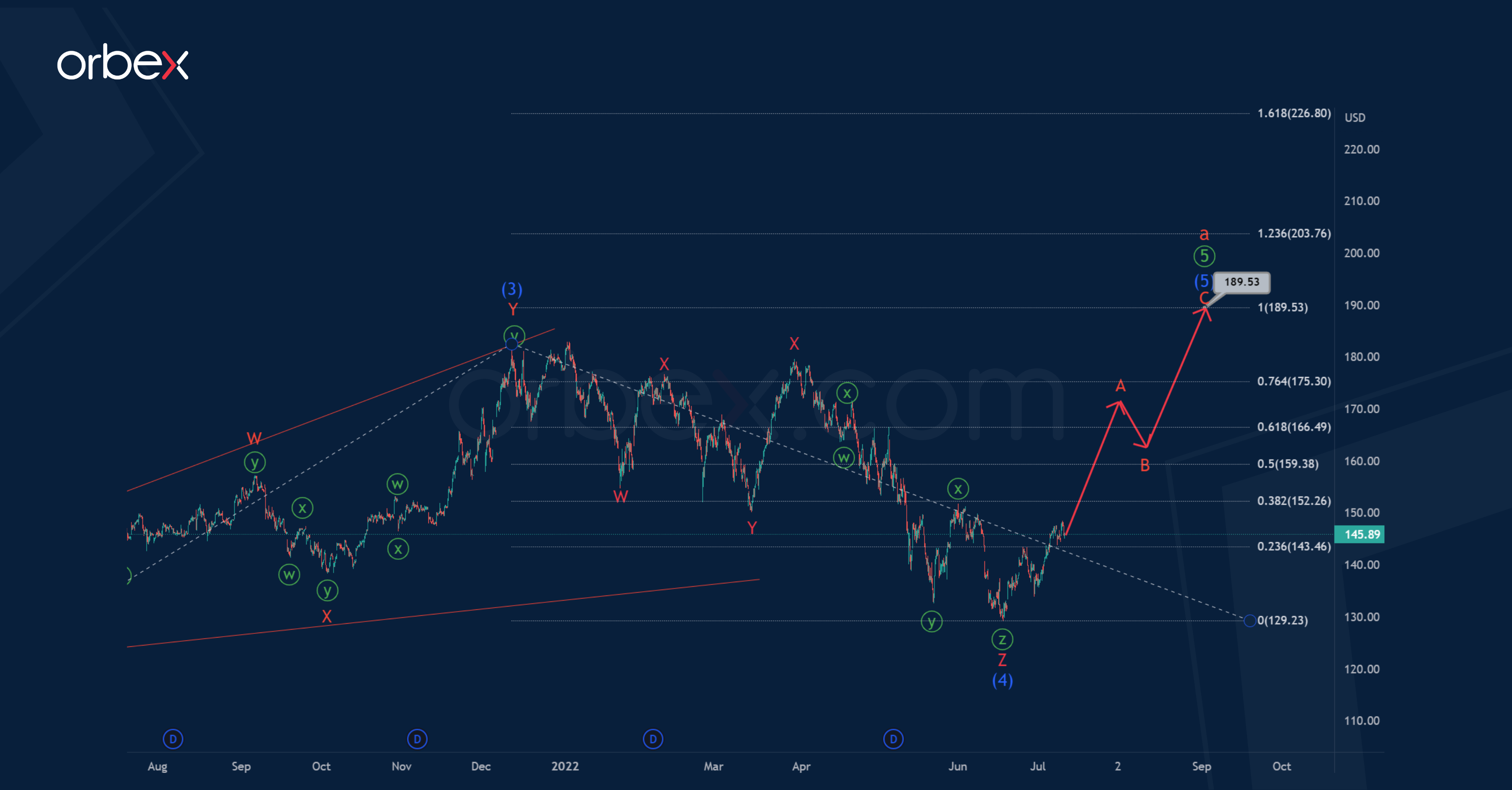 The current formation of AAPL shares suggests the development of the primary fifth wave. This takes the form of an ending diagonal (1)-(2)-(3)-(4)-(5) of the intermediate degree. The wave ⑤ is the last part in the large cycle impulse a.

Most likely, the intermediate correction (4) in the form of a minor triple zigzag W-X-Y-X-Z has ended.

Thus, in the near future, the price could begin to move higher in the intermediate wave (5). Wave (5) could take the form of a standard zigzag A-B-C. 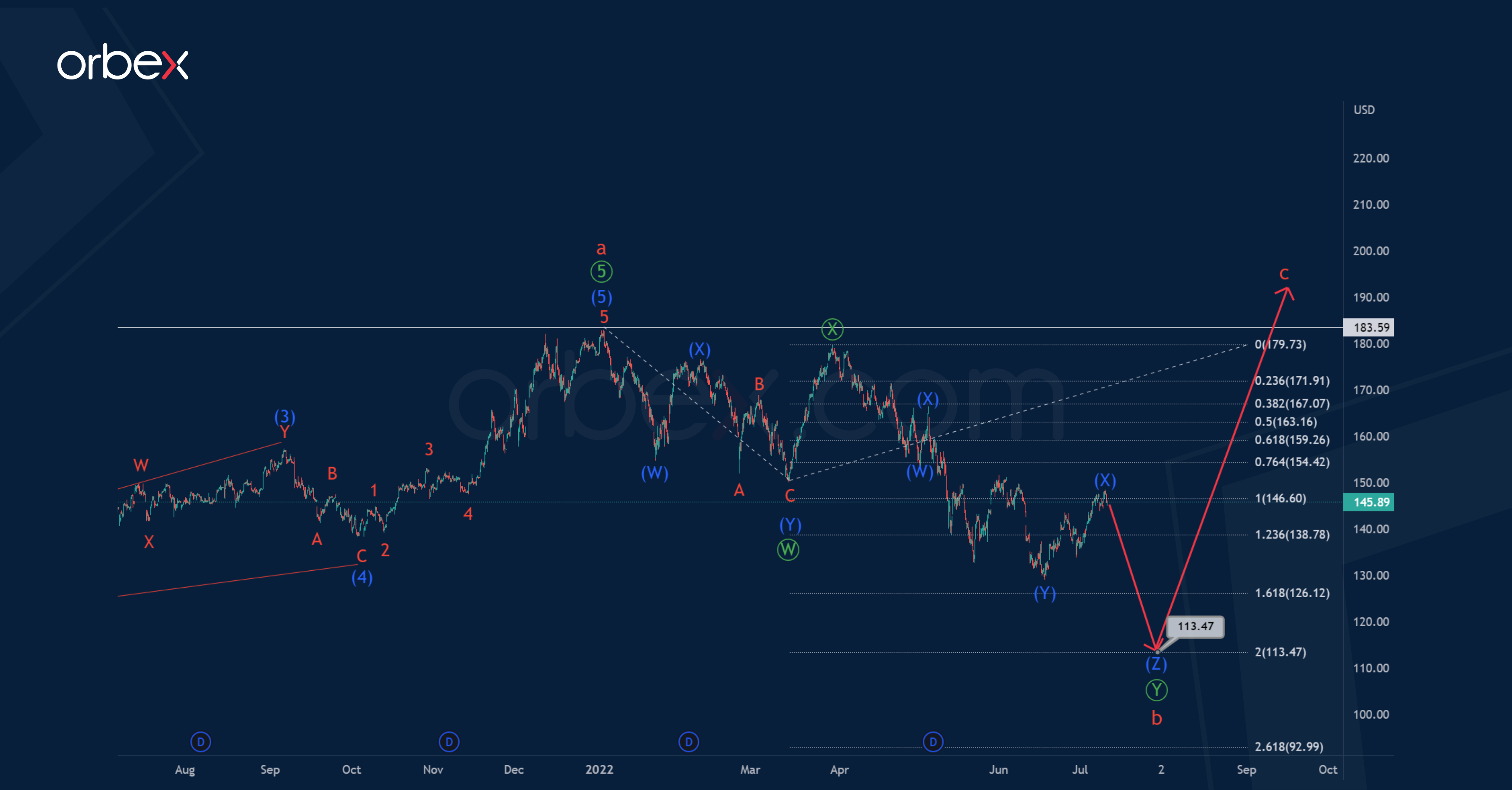 Let’s consider the second scenario, where the diagonal is fully completed, and with it the entire cycle wave a ended.

At the time of writing, we see a drop in the cycle correction b. This can take the form of a double zigzag Ⓦ-Ⓧ-Ⓨ of the primary degree.

There is a high probability that in the final sub-wave, in the form of an intermediate triple zigzag, prices will move to 113.47. At that level, primary wave Ⓨ will be at 200% of wave Ⓦ.

After that, we can expect a bullish trend within the cycle wave c above the maximum of 183.59.