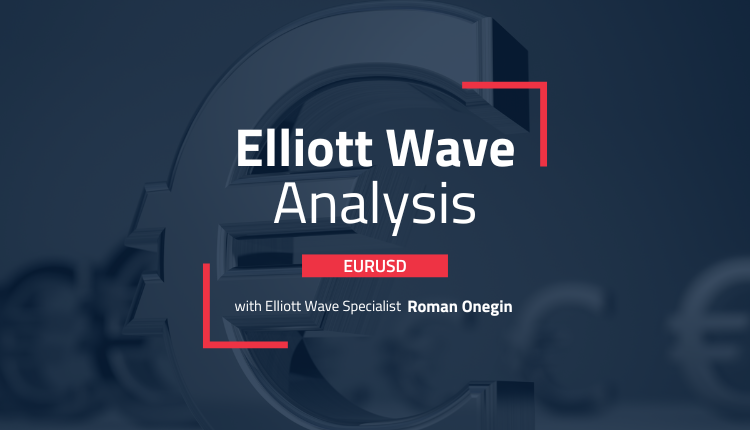 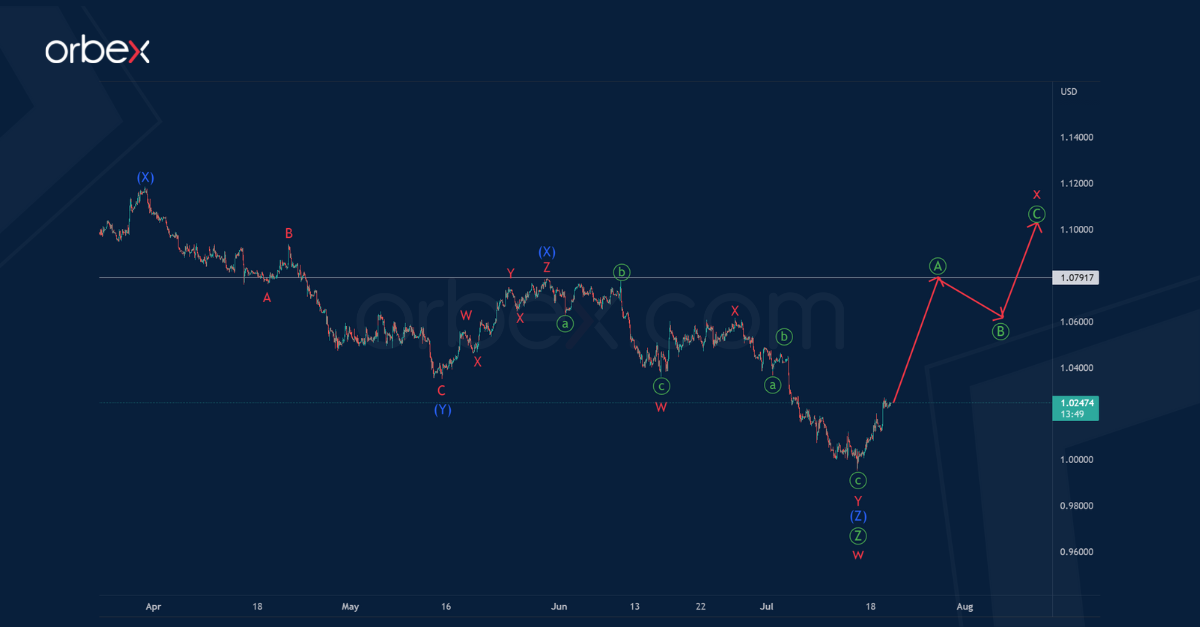 In the long term, the EURUSD pair eyes a bearish corrective trend. This could be a double zigzag consisting of cycle waves w-x-y.

The primary wave Ⓐ, which can take an impulse pattern, will end near the price level of 1.079. This is the previous maximum, marked by the intermediate intervening wave (X). 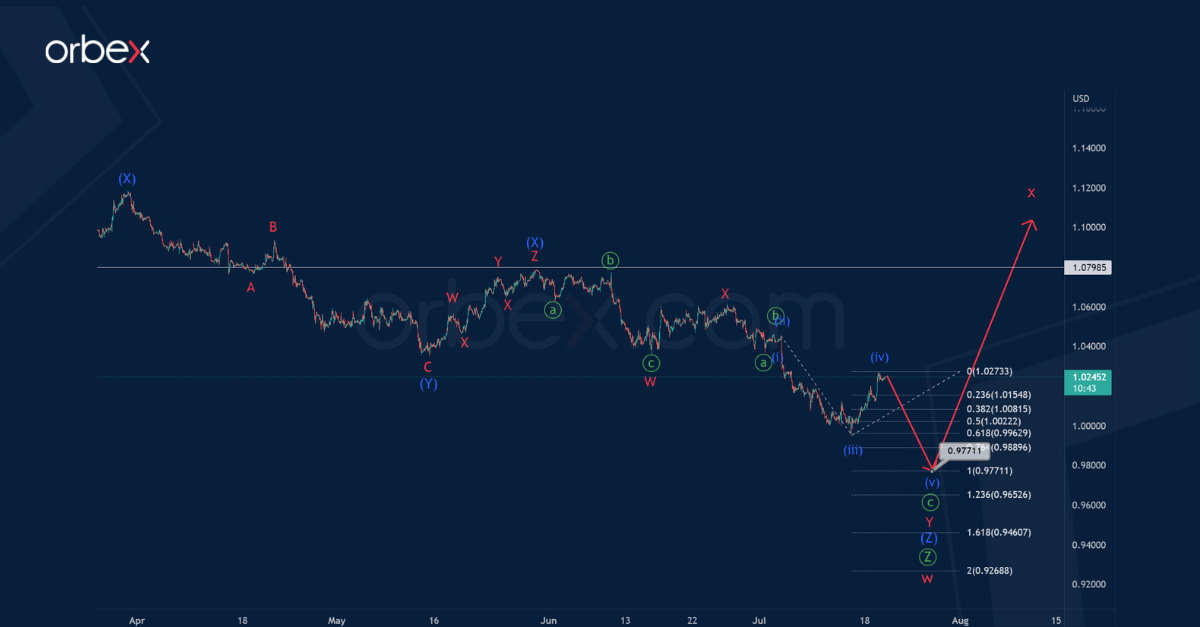 According to the alternative, the formation of the cycle actionary wave w has not yet ended. Most likely, the formation of an intermediate wave (Z) could continue. This could take the form of a minor double zigzag W-X-Y.

The last minor wave Y can end in the form of a minute standard zigzag ⓐ-ⓑ-ⓒ. The minute impulse wave ⓒ is likely to end near 0.977. At that level, minuette sub-waves (iii) and (v) will be equal.