EuroZone GDPs and Inflation Data While ECB is on Vacation 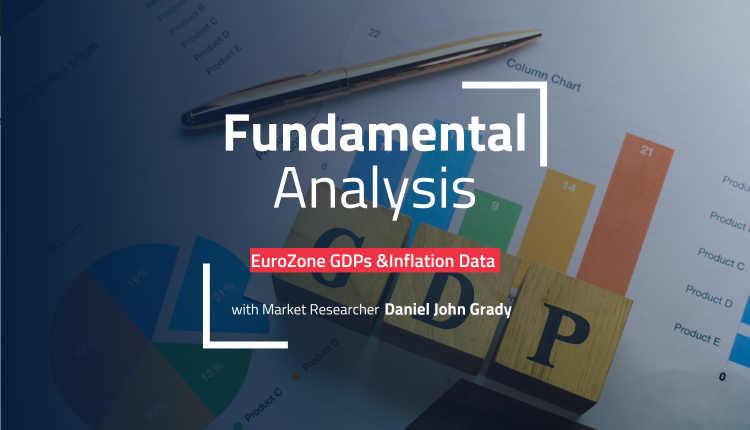 The ECB raised rates more than the market was expecting, and won’t be meeting again until September. But that doesn’t mean we won’t get pivotal data in the meantime. It’s just that the market is more likely to react to the economic implications of the data as opposed to an imminent monetary policy meeting.

Given the effects of inflation and the war in Ukraine, there is a lot of attention on Europe and whether or not it will escape the economic downturn being seen in the US. Just as the ECB is fighting uneven interest rates, the economic situation across the shared economy is somewhat disparate. The ECB’s tool to lower rates in the periphery and tighten policy in the center might exacerbate that situation. While the larger economies might slow, smaller countries might speed up, allowing the shared economy to post faster average growth rates.

As usual, France is the first to report and could set the tone for the day if the result reflects the general trend in the shared economy. France’s otherwise good economic performance might be marred by unexpected maintenance in its nuclear fleet, requiring increased gas imports. On the other hand, the resolution of uncertainty ahead of the election could have supported investment.

Besides GDP, Germany also reports preliminary unemployment figures for the current month. Hiring is expected to have slowed to just 15K new jobs added compared to 133K in the prior month. As a result, the unemployment rate is expected to tick up to 5.4% from 5.3%.

Meanwhile, Germany’s economy is expected to slow to just 0.1% growth in the last quarter, down from 0.2% in the prior. The annual change in GDP is expected to show an even worse result, slowing to 1.7% compared to 3.8% prior.

The whole EuroZone then reports prelim inflation and Q2 GDP numbers. They are unlikely to move the markets as much as the French or German figures, unless there is a substantial difference from expectations.

Headline EuroZone July inflation is forecast to remain steady at 8.6%. But traders might be more interested in the core figure, which is tracked by the ECB. That is expected to accelerate slightly to 3.8% from 3.7% prior.

EuroZone Q2 GDP is expected to show a quarterly slow down to 0.2% from 0.6% in the last quarter. Annual GDP is also expected to decelerate, down to 3.4% compared to 5.4% prior. However, given the global context, hanging on to growth might still keep the markets positive.

Market Jumps on Another Fed Hike!