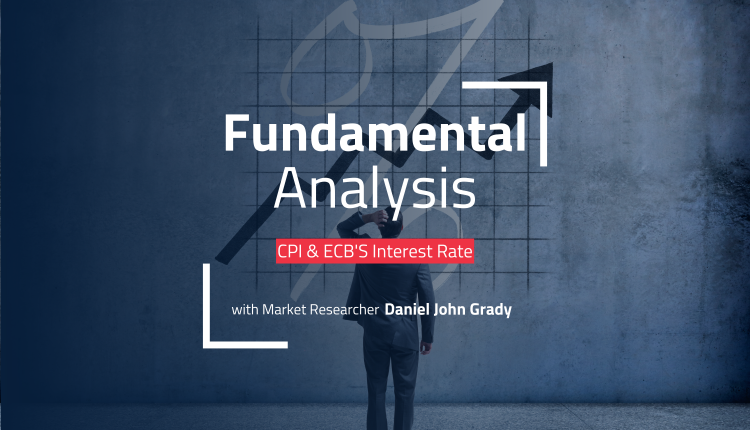 Tomorrow we get the release of the final June CPI figures for the Euro Area. Since we already had the preliminary numbers at the start of the month, it’s much less likely to catch the market by surprise. But, there could be a lot more attention on the figure ahead of the ECB’s meeting on Thursday.

The consensus of expectations is that the data will confirm what has already been released: Inflation of 8.6% compared to 8.1% in May. That would be the highest rate since the beginning of the Euro. Core inflation is expected to show a mild deceleration to 3.7% compared to 3.8% in May. The question now is, what will the ECB do about it?

Last week, the EC updated its economic forecasts for the year, which it does only every six months. Not surprisingly, the governing body cut its economic growth forecast, and raised its expectations for inflation.

But what is significant is the magnitude and the duration. The EC is currently expecting inflation this year to average 6.1% and to still average above target at 2.7% next year. This seems to suggest that they don’t see peak inflation yet, and that it will take a long time for the ECB to get inflation under control. And that this effort to control inflation will impact economic growth both this year and the next. Effectively, the EC is forecasting a year and a half of stagflation.

ECB members are in the blackout period ahead of the interest rate decision. The last member to comment might be pivotal to understand where policy is going: Findlan’s Rhein. Normally he’s understood to have a neutral position. So, traders noticed his most recent comments that he expected a 25bps rate hike at the next meeting, followed by another 50bps in September.

With the Fed widely expected to raise rates by at least 150bp in that same period, this doesn’t do much to close the interest rate gap between the world’s two largest economies with the most traded currency. But, it does seem to be enough to help slow the fall of the Euro vs the dollar. With inflation in the US outpacing inflation in Europe, it’s expected that the US will be more aggressive in monetary policy. Consequently, the shared currency might continue to be weaker, even if the ECB delivers on the expectation of rate hikes.

It’s not just the interest rate

The market expects a rate hike, but where there is more concern is around the so-called “anti-fragmentation” package. This is a tool the ECB is looking to use in order to prevent higher interest rates in the periphery.