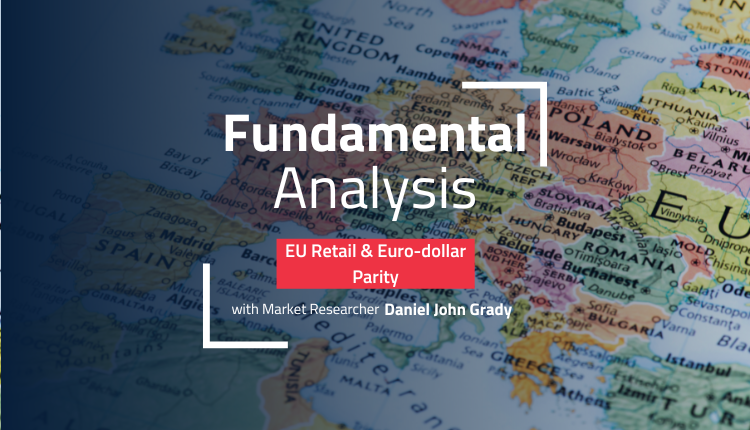 Tomorrow we get the release of some key macro data that could influence the ECB’s next policy decision. Although the central bank doesn’t care about retail sales directly, consumer spending is an important component of understanding where inflation is going. And the ECB is facing a really complicated scenario when it comes to policy lift-off.

Changing expectations for what the ECB could do are expected to be pivotal for the development of the Euro pairs, in particular with respect to the dollar. As the Fed continues to raise rates, the increased yields in US currency is causing increased investor interest. That the ECB isn’t or won’t keep pace with the rate hikes in the US could mean a draining of liquidity from the common market. That could continue to put downward pressure on the EURUSD. What the ECB does at its next meeting could be the pivotal for whether the pair falls back to parity.

As central banks push rates higher to deal with inflation, bond yields have been on the rise. This is coupled with a general move towards safe-haven assets. Both factors contribute to a stronger dollar, and a weaker Euro. With uncertainty about what the ECB will do, given the fragmentation problem, that trend is likely to continue at least for another couple of weeks.

One of the main concerns is the potential for halting economic growth. One of the leading indicators of a slowdown is a drop in retail sales, which is a manifestation of poor consumer sentiment. Lower retail sales reduces the upward pressure on prices, meaning that inflation could be slowing down in the future.

The right thing, but the wrong way

On the one hand, slowing inflation could be seen as a good thing in terms of policy. But, it being caused by deteriorating purchasing power isn’t the way it’s supposed to happen. This would put the common market in a position similar to Japan’s over the last several decades, stuck in stagnation with the BOJ desperately trying to get inflation to grow.

Of course, for now, the Eurozone is facing an inflation problem. But, if retail sales are seen as an indicator that inflation might be easing, this could tempt the ECB to not raise rates. After all, the fragmentation problem can be minimized with low rates – or, at least, not raising rates as fast as other major economies. Meager economic growth would also justify the ECB taking a less aggressive approach, especially in light of the UK and the US now facing recessions after their central banks raised rates.

We should remember, though, that services PMI (which includes the retail sector) modestly outperformed expectations. This could indicate that the market might get a small surprise with a beat in the retail sales figure tomorrow.