Can Flash PMI’s Give the Euro a Little Push? 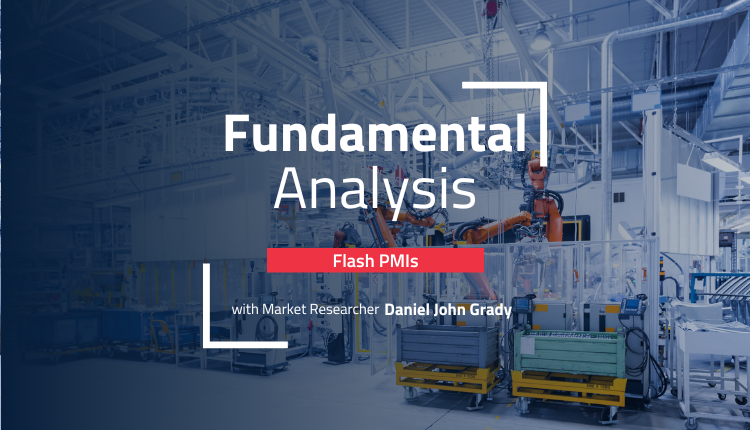 With the political drama in Italy pushing up peripheral yields, the markets need some potentially positive news out of the shared economy if a rebound is to be expected. PMIs have a good record of setting risk sentiment for the day. But the consensus among analysts is that businesses will have a somewhat less optimistic outlook. So, an expected beat in the numbers might be just the catalyst needed to support markets.

The Eurozone isn’t the only major economy reporting leading data from businesses, though. All of these could drive market sentiment as traders look to gauge the economic impact of stubbornly persistent inflation.

Australia just might buck the trend, by simply not falling considerably. With attention on tentative return to normal in China, Australian exporters might be feeling a little more confident. That might help offset some of the negativity associated with expected increased interest rates.

Australia’s Flash Manufacturing PMI is forecast to remain essentially flat at 56.0 compared to 56.2 prior, well in positive territory. Services are expected to be a little worse off, slipping to 52.3 from 52.6 prior.

As usual, France is the first to report preliminary figures for the Eurozone and could thus set the tone for the markets. Especially considering that France is expected to have a more optimistic outlook, considering the major factor denting business sentiment at the moment is energy.

French Flash Manufacturing PMI is expected to slip to 50.8 compared to 51.4 prior. Services are expected to take a bigger hit, dropping to 52.7 from 53.9 prior.

There is a lot of anticipation around Germany’s figures, but there could be a bit of fly in the ointment. The survey is still ongoing, but the bulk of it has been conducted so far. Most businesses were responding over the last couple of weeks when there were considerable concerns that the Nord Stream 1 pipeline would not be turned back on, and EU officials were warning about preparations for a full cut-off of Russian gas. For that reason, German PMI figures could substantially underperform. The consensus of expectations is for a result just above 50, meaning that it would take a relatively small miss for the number to come in below contraction.

German Flash Manufacturing PMI is forecast at 50.6 compared to 52.0 prior. Services PMI is a little better positioned, but still expected to see a similar drop to 51.2 compared to 52.4 prior.

The Fed has been one of the most aggressive of the central banks trying to get inflation under control. But business outlook has remained in expansion and is expected to continue. Even at the time the survey was being conducted, there was considerable talk of a 100-bps hike by the Fed.

US Flash Manufacturing PMI is forecast to slip to 52.0 from 52.7 prior and stay in expansion. But Services PMI is expected to remain essentially flat at 52.6 compared to 52.7 prior.

Intraday Market Analysis – USD Slips Across the Board