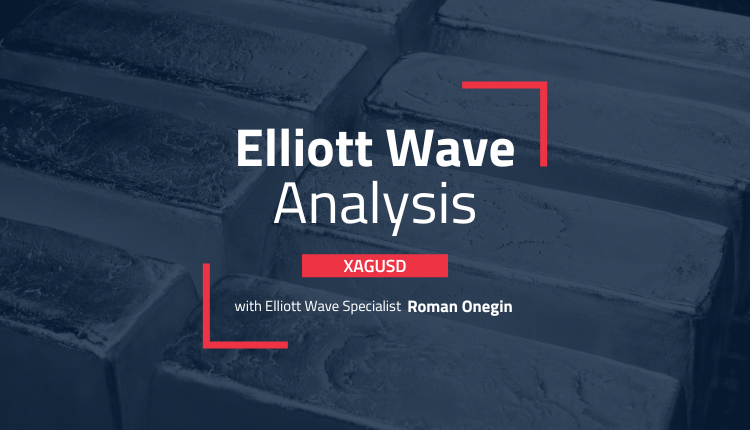 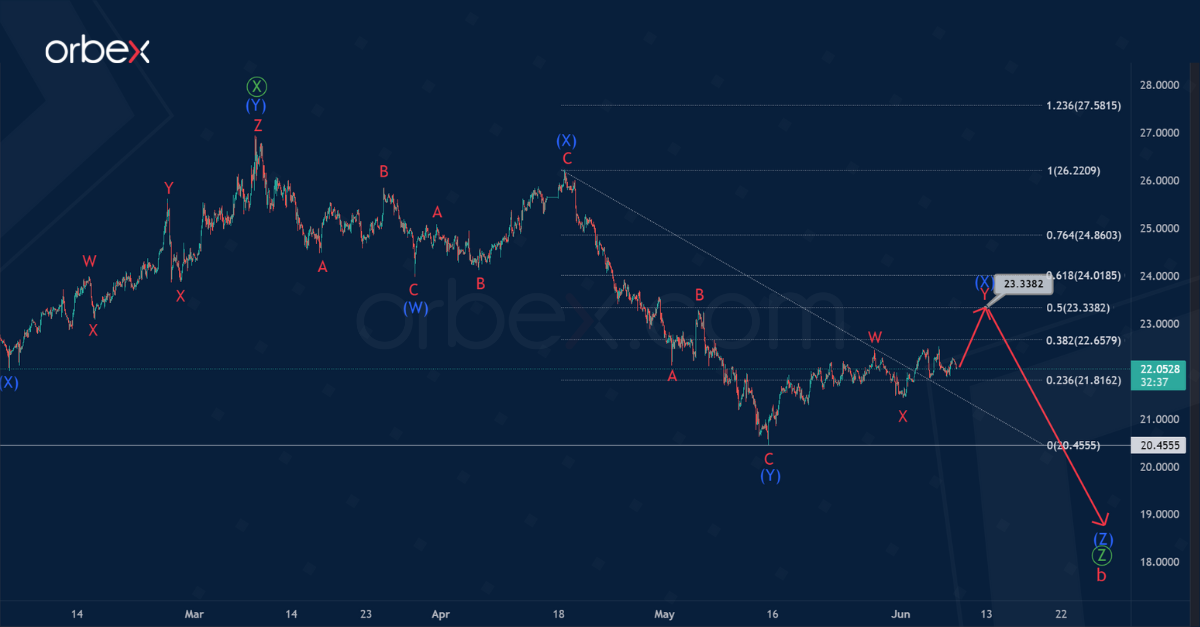 Looking at the internal structure of XAGUSD, we can notice the development of a long-term corrective wave b of the cycle degree.

Wave b, judging by the shape, is a primary triple zigzag Ⓦ-Ⓧ-Ⓨ-Ⓧ-Ⓩ. The first four parts have ended. Now we see the construction of the final wave Ⓩ.

It is assumed that the wave Ⓩ will be an intermediate triple zigzag (W)-(X)-(Y)-(X)-(Z). It seems that the formation of the actionary intermediate wave (Y) has recently come to an end. This took the form of a standard zigzag pattern A-B-C.

Now we are observing the construction of the initial part of the intermediate intervening wave (X). This can also take the form of a minor double zigzag W-X-Y, as shown in the chart. 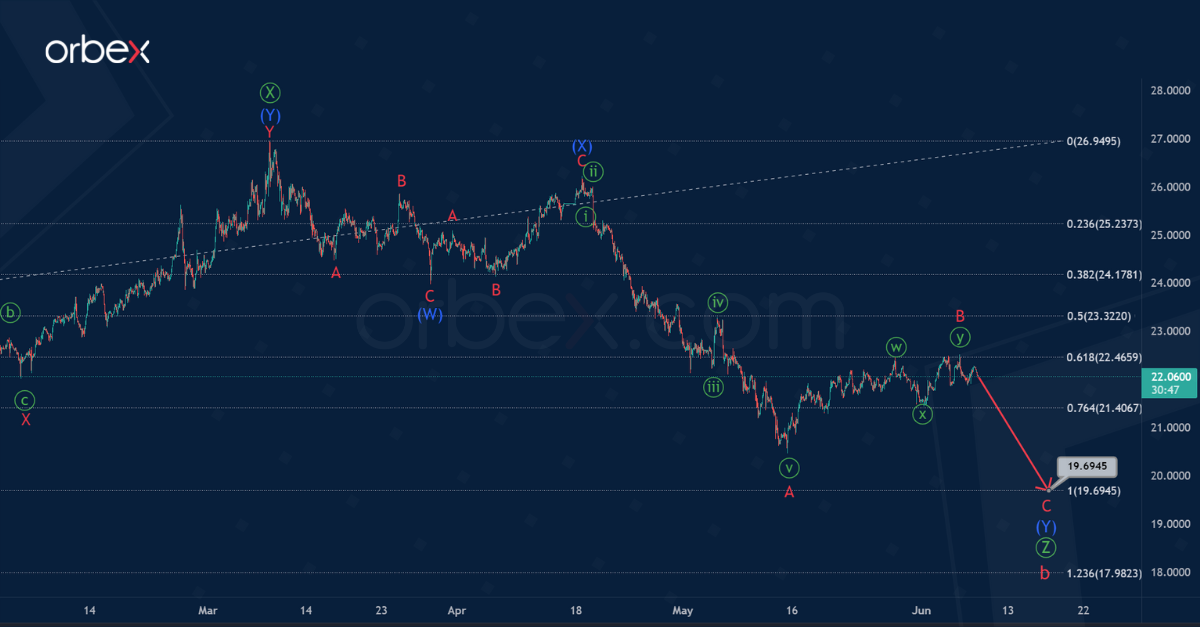 The alternative scenario indicates that the bearish primary wave Ⓩ could end as a double zigzag (W)-(X)-(Y). Also, much earlier than expected in the main option.

It is likely that wave C will end in the form of an impulse or an ending diagonal near 19.694, where primary wave Ⓩ will be equal to the previous actionary wave Ⓨ.