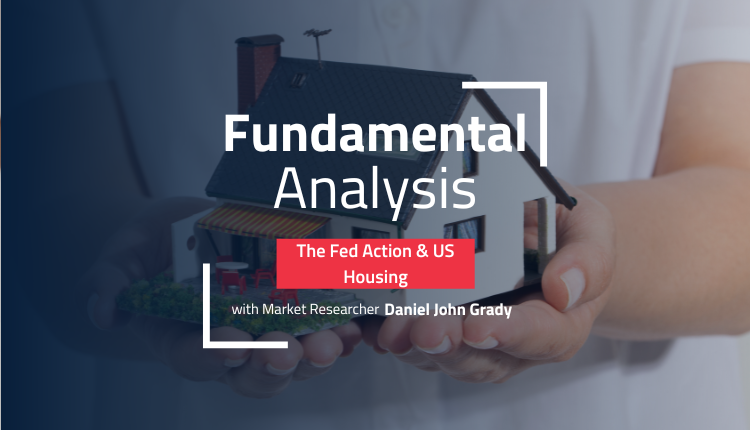 Since the prior major global recession was caused by disruptions in the housing market, it’s understandable that a lot of traders are paying close attention to what’s going on there. The effects of the sub-prime crash are still being felt today. The Fed is still in the business of mortgage-backed-securities (MBS).

And although it’s the largest, the US isn’t the only housing market that is facing pressure. China, Australia and New Zealand even have monetary policy being driven by housing conditions. House prices in Europe are an increasing concern, although they haven’t reached the level of the ECB yet.

Whether or not there is reason to worry about a bursting bubble in housing, there is still another major factor to consider: housing accounts for the bulk of commodity consumption. Housing prices are extremely sensitive to interest rate policy. And housing constitutes the bulk of household wealth.

As interest rates rise, so do mortgage rates. In fact, US mortgage rates are the highest they’ve been since the sub-prime crisis. The higher cost of a loan means that potential homebuyers must take out increasingly large loans to finance the same house prices. Ultimately, that would put pressure on people to seek lower priced housing and drive down the valuations for houses. In turn, that could reduce their wealth.

There is a growing problem

As the cost of borrowing money has increased over the last months, more home buyers are turning to a riskier option to obtain loans: Variable rate mortgages. ARMs accounted for as much as 17% of new mortgages in April, nearly doubling over the prior year. Rising interest rates isn’t as much of a problem for people with fixed loans. But with adjusted rate mortgages, a significant increase in rates could make the loan unaffordable.

Home equity represents an important source of discretionary spending. But refinancing of loans is down 71% over last year, while applications for mortgages dropped 8.3%. And this is the middle of what is usually the busiest season for buyers.

Of course, demand still remains, and despite lower sales numbers, people are still buying. But the market is starting to slow down, which has translated into builders looking to conserve capital while dealing with record-high raw material prices. That’s bad news for commodities. If house prices were to turn around and start falling, there would be less money to continue to support the economy.

New home sales in May are expected to show a drop of 1% compared to -16.6% in April. At the same time, Michigan Consumer sentiment is expected to be confirmed at 50.2, the worst on record.

Intraday Market Analysis – USD Consolidates Across the Board