US May CPI, and the Rate Hike Path 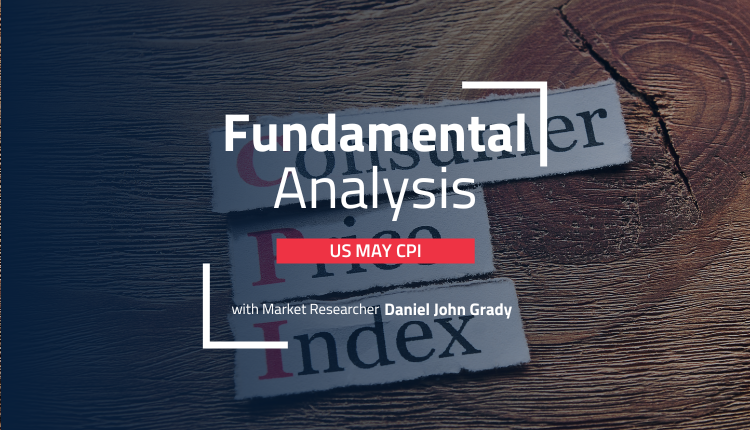 What could turn out to be the most important data for dollar pairs will come out tomorrow. If there is a significant deviation from expectations, it could change the calculus about what the Fed will do at their meeting next week. The consensus has been building around a 50 basis point hike, with the number of analysts expecting more than that dwindling. So, what kind of surprise could we see?

The thing that could end up causing some confusion in the markets is the difference between “slow” and “fast” CPI data. What this means is that there could be an increase in the year-over-year comparison, but a decrease in the month-over-month comparison. Or vice versa. Annual inflation change and monthly inflation change have different implications.

What the comparables mean

The annual comparison is important because that’s what drives policy. But it doesn’t tell us what’s going on with inflation right now. Last June there was still the threat of the delta variant of covid, and inflation was only just starting to pick up. So, an increase in annual inflation might just as well reflect what was happening a year ago.

Monthly inflation has more “noise”, since specific short-term effects can change the result. But it also provides more information about what’s going on right now. So, if inflation is actually getting under control, it is likely to be seen in the monthly rate, first. While the media is likely to focus on the annual rate, traders could pay more attention to the monthly rate, since that isn’t compared to a time when there still was covid.

Headline annual inflation for May is expected to remain at the same rate as last month, registering 8.3%. While this is over four times the target rate, that the rate doesn’t come in higher than that, could be a sign that inflation has finally peaked. Which would relieve some of the pressure on the Fed to keep hiking aggressively. But if inflation were to come in above last month’s, it could be interpreted as a sign that the prior result was an anomaly, and inflation is still on the rise. Especially if it comes in above 8.5%, which is the “peak” of the cycle so far.

On the other hand, headline monthly inflation in May is expected to accelerate to 0.7% compared to 0.3% in the prior month. This could leave traders with the impression that inflation is still not controlled yet, even if the annual rate falls. However, a large chunk of this can be attributed to increases in gas prices, which have more implications for the economy than monetary policy.

What the Fed cares about

In terms of monetary policy, the core inflation rate which strips out food and energy costs is more important. Core annual inflation for May is forecast to decelerate substantially to 5.9% from 6.2%. Since this is the measure tracked by the Fed in terms of whether or not to hike rates, this could have a bigger impact on financial markets.

Monthly core inflation is expected to show a similar pattern, also slowing to 0.5% from 0.6% prior. Evidently this is still well above target, but lower core inflation could be interpreted as a sign that higher interest rates are starting to take effect. And that could increase speculation the Fed will pause in September.