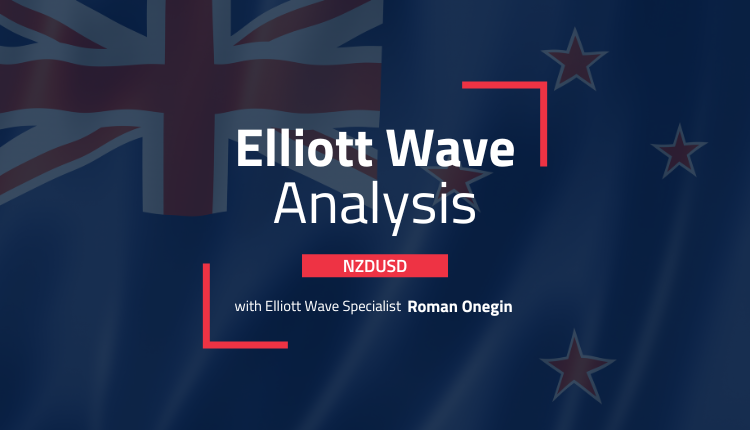 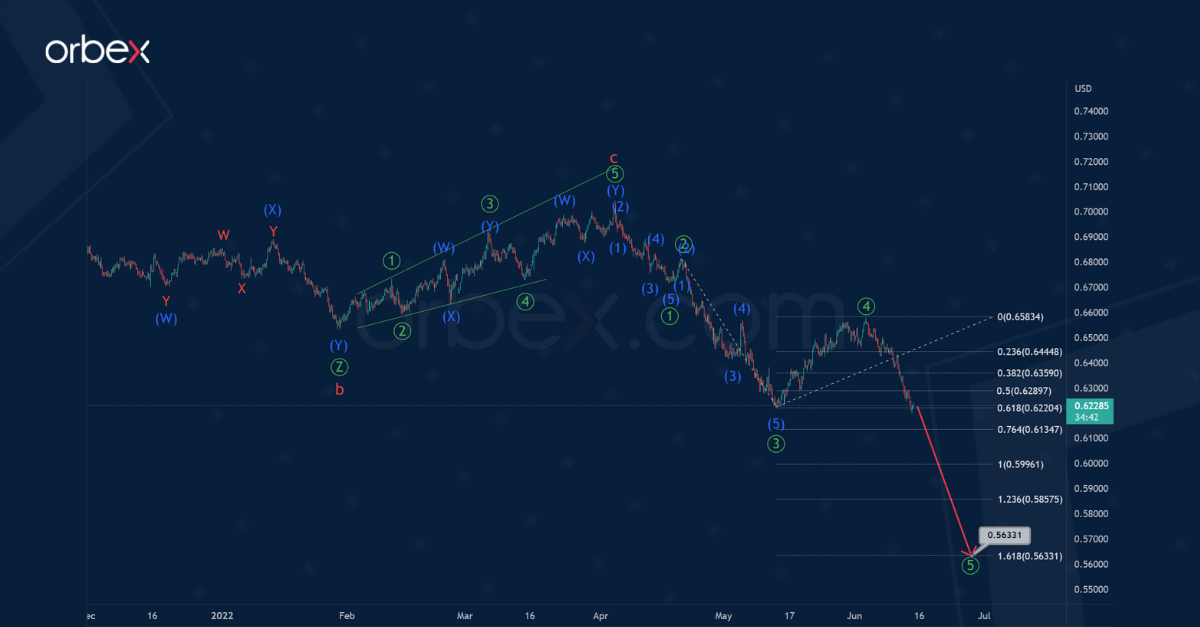 The internal structure of the NZDUSD pair shows a completed cycle zigzag pattern. This consists of sub-waves a-b-c. After the major corrective wave b ended, prices moved higher in the cycle wave c. This has the form of an ending diagonal consisting of primary sub-waves ①-②-③-④-⑤.

Perhaps the first four parts of the potential impulse have ended. In the short term, we could expect a decline in the sub-wave 5 to the level of 0.563. 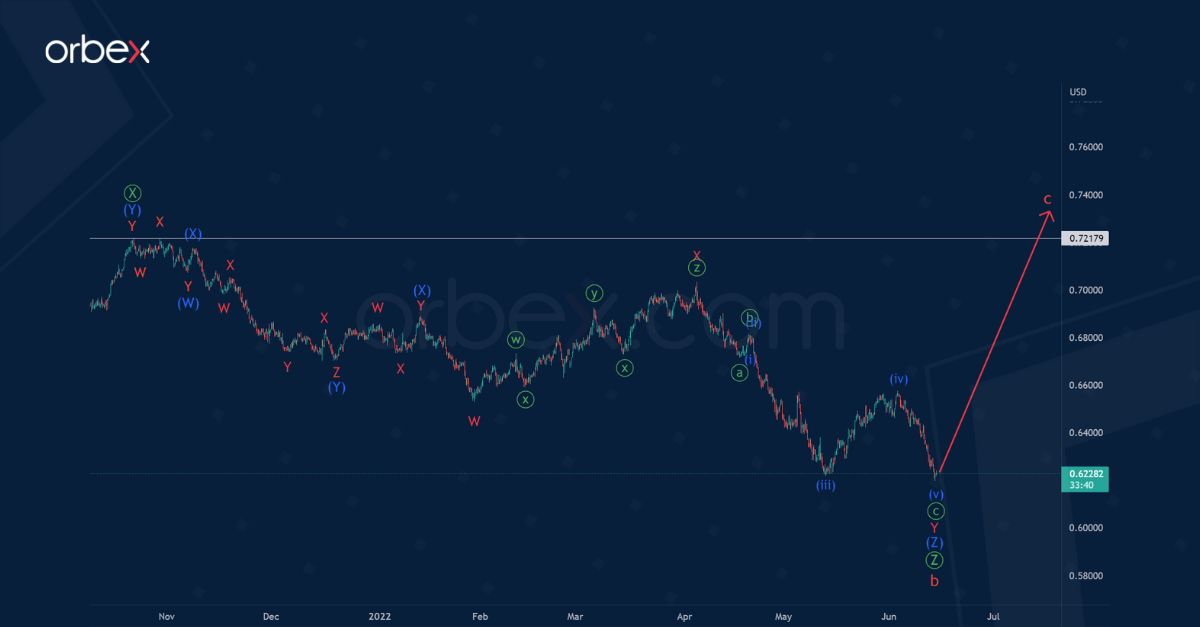 Alternatively, it is assumed that only correction b has ended. The final primary wave Ⓩ, which is part of correction b, took the form of a triple zigzag (W)-(X)-(Y)-(X)-(Z) of the intermediate degree.

The first four parts of the intermediate pattern have ended. Wave (Z) is similar to the minor double zigzag W-X-Y.

In the next coming trading weeks, a price increase and the development of a bullish cycle wave c to 0.721 is likely, which will be at the previous maximum.