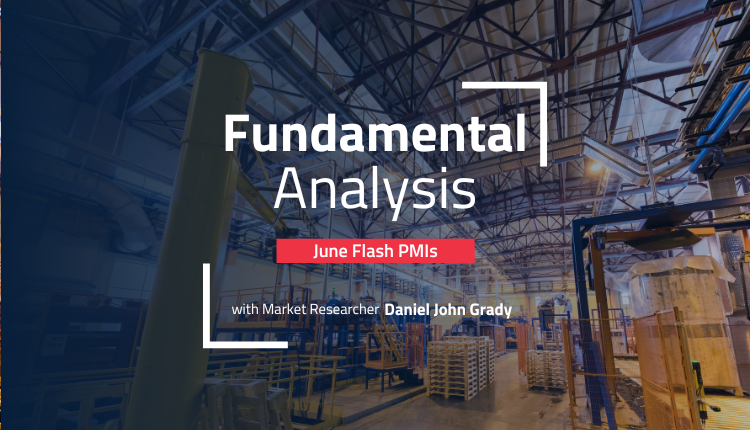 Tomorrow’s series of preliminary or flash PMIs are likely to set the tone for market sentiment for the rest of the month. With inflation still on the rise around the globe, the impact is first felt by purchasing managers. If PMIs continue to be depressed, it’s unlikely that traders will change their pessimistic outlook. If PMIs were to manage to rebound, it could put off some of the fear of an impending global recession.

Typically, traders would focus on the manufacturing component since that reflects general productivity. However, we already know that commodity prices are high; the question is whether retailers are willing to keep buying or are seeing a drop in demand. Consequently, the composite number, which measures general outlook for the entire economy, is likely to be more consequential this time around.

There is an ongoing debate of whether tighter rates will hurt consumer demand. The RBA insists that the economy can weather higher rates, even as house prices start to come down. Businesses are barely into optimistic territory, and that optimism is expected to slip a little bit more this month.

Australian June Flash Composite PMI is forecast to fall to 52.0 from 52.9 prior.

France is likely to set the tone for the EU markets, since they report first. As the ECB is considering a rate hike, businesses will have to calibrate whether that will affect sales, and therefore how much purchasing they do.

The largest economy in Europe could move the markets if its results are substantially different from France’s. Here, traders are likely to be more interested in the manufacturing component, as it’s the leading sector in Germany’s economy. It’s also the most sensitive to cost pressures due to the fallout from the war in Ukraine.

German June Flash Manufacturing PMI is expected to slip to 54.0 from 54.8 prior.

Across the Channel, British businesses coming out of the pandemic are once again facing Brexit fallout worries as London and Brussels return to haggling over the Northern Ireland Protocol. Despite the latest government moves to provide relief to UK households faced with rapidly increasing costs, businesses will probably continue to be less optimistic.

UK June Flash Composite PMI is forecast at 52.6 compared to 53.1 prior.

The world’s largest economy is seen as facing increased challenges as the Fed tightens policy even after one quarter of negative growth. Inflation is eating into the bottom line of most companies, after they reported real net incomes falling during the latest round in earnings.

US June Flash Composite PMI is forecast to fall to 52.8 from 53.6 prior, the worst performance of all the major economies.