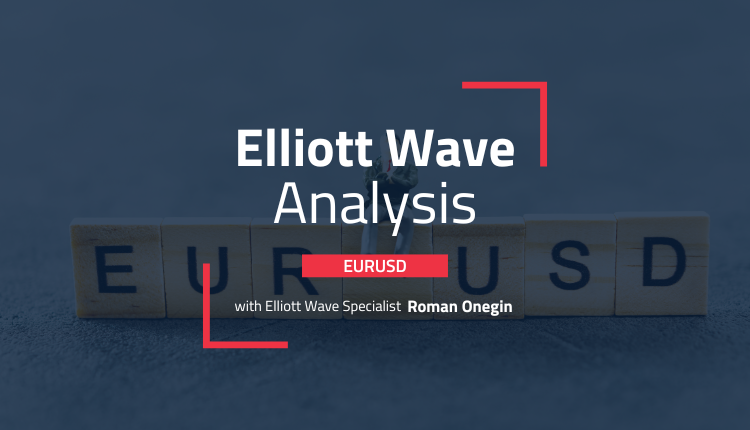 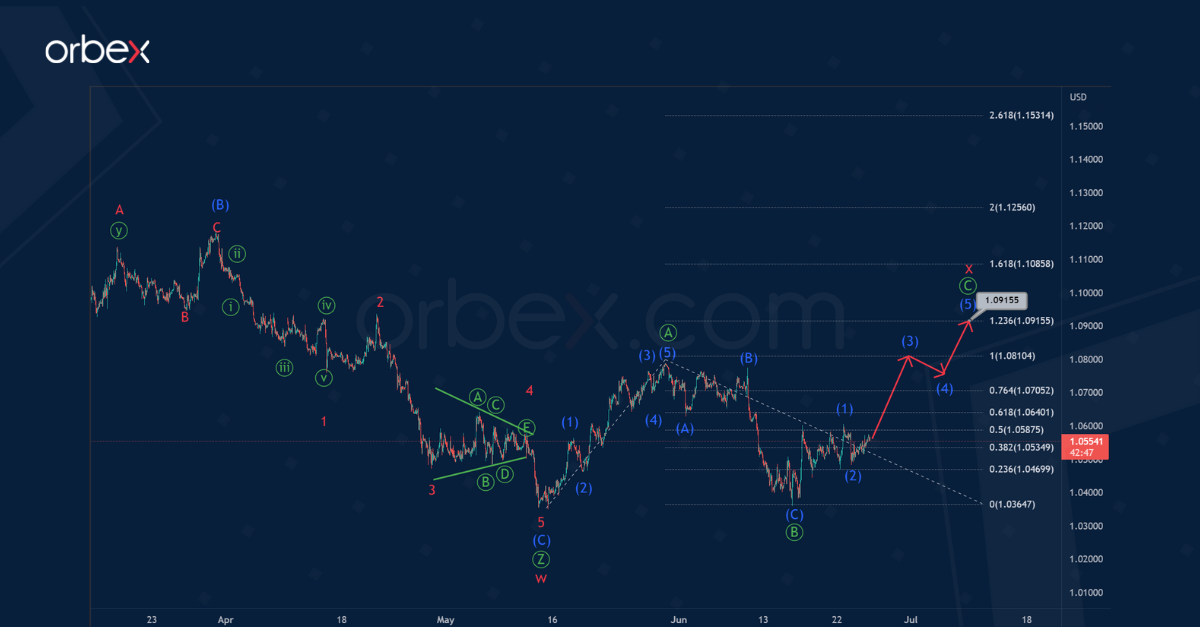 In the long term, EURUSD shows the formation of a bearish corrective trend. This could take the form of a double zigzag consisting of cycle waves w-x-y.

The primary waves Ⓐ and Ⓑ, impulse and correction are most likely fully completed. In the next coming trading days, an impulse upward movement is likely in the intermediate sub-waves (3)-(4)-(5). This can form a primary wave Ⓒ near 1.091. 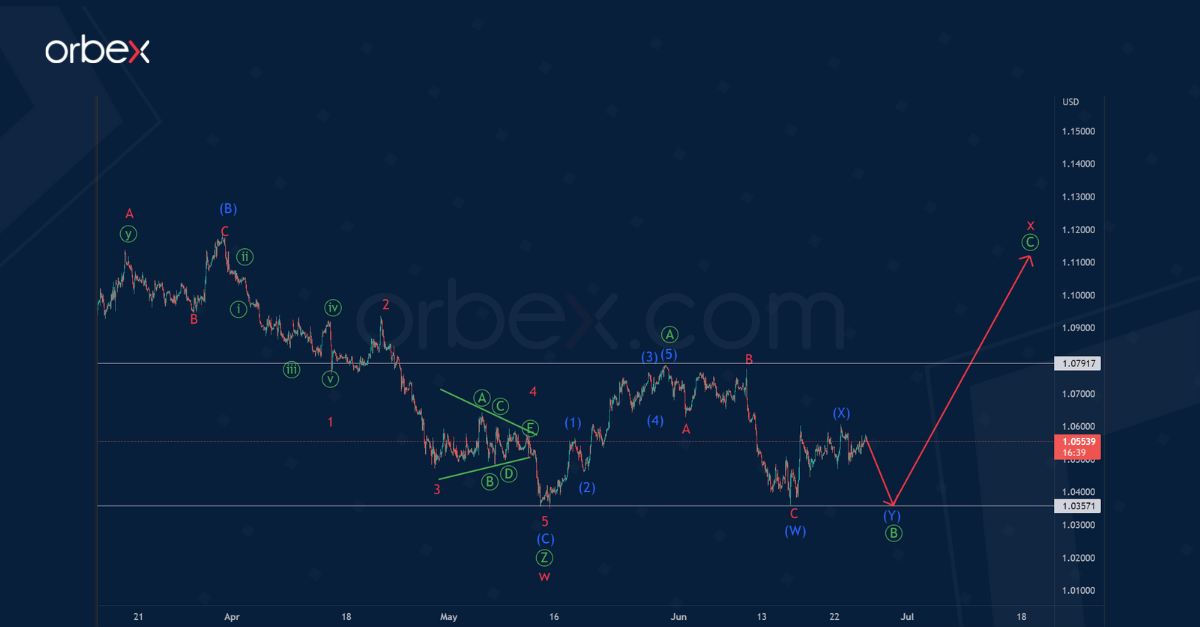 According to the alternative, the formation of the primary correction wave Ⓑ is likely to continue as part of the bullish cycle intervening wave x.

The correction wave Ⓑ can take the form of an intermediate double zigzag (W)-(X)-(Y).

In the near future, the price is likely to decrease in the final sub-wave (Y) to 1.035.

After reaching this level, a price reversal is possible and the currency will begin to rise above the maximum of 1.079.