BOJ Rate Decision: Will They Finally Do Something? 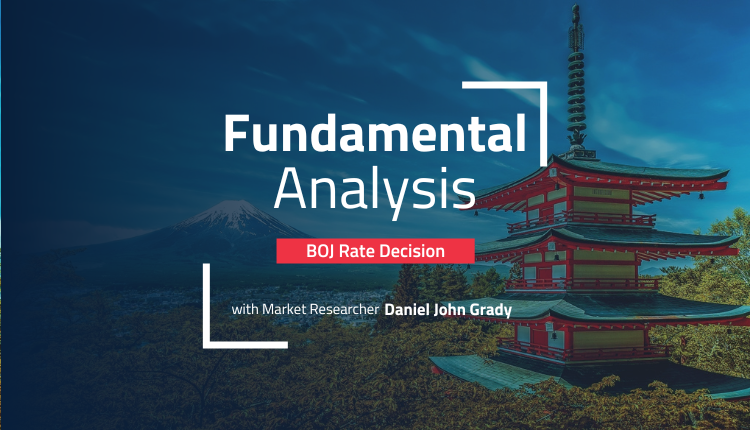 Last week, Governor Kuroda had an uncomfortable episode on social media that was a microcosm of the problems facing the BOJ. Kuroda’s statement that households were becoming more “accepting” of higher prices was met with a storm of criticism on social media. Eventually, the Governor had to retract his comment, which broke with a standing view from the BOJ. And that opens up some questions about what the BOJ will do now.

The major issue is that regulators want to keep rates negative to keep supporting the very tenuous recovery that Japan is having. But, other central banks are aggressively raising rates to tackle inflation. Inflation isn’t a problem in Japan (yet), which allows the BOJ to stay apart from what virtually every other central bank is doing.

What that means for the currency

With interest rates rising everywhere else, the yen is no longer as attractive and has been constantly weakening. Usually, the BOJ doesn’t care about the exchange rate, as is the norm for most central banks. But the sudden depreciation of the currency significantly raises the cost of goods for industries and consumers.

Famously, the BOJ has been struggling to get inflation higher for decades at this point, so higher prices might be seen as a good thing. In fact, the latest CPI showed growth above the 2.0% target. But the problem is that Japan’s core inflation also includes fuel costs, which have been rising quite a bit recently, and accounts for the bulk of rising prices.

Where to go from here

This means that inflation isn’t rising because of increased organic monetary growth from a growing economy, which is what the BOJ is trying to achieve. It also means that it’s the BOJ’s policy that is driving up prices. And this poses another problem: If the BOJ is refusing to raise rates because of hurting the economy, higher prices will also negatively impact the economy. Meaning that if the currency continues to depreciate, the BOJ will likely have to do something.

That Kuroda withdrew his comments on inflation suggests that he might be reconsidering the BOJ’s standing position of a weaker currency being good for the economy. That might be reflected in his comments following the BOJ’s decision, which could finally generate a reaction from the markets.

The unanimous consensus among economists is that there will be no change in the BOJ’s policy at this meeting. But it’s possible they could address the currency issue, in particular if inflation projections show that it’s expected to continue to rise. Some speculate that it might be Kuroda himself in his endless press conference after the earnings decision that might make comments indicating a change in the BOJ’s focus.

After all, inflation is above target for the first time in decades with everything pointing to it increasing in the medium term. So, it just might be time for the BOJ to join the rest of the world in considering tighter monetary policy.