BOC To Hike Rates, But Then What? 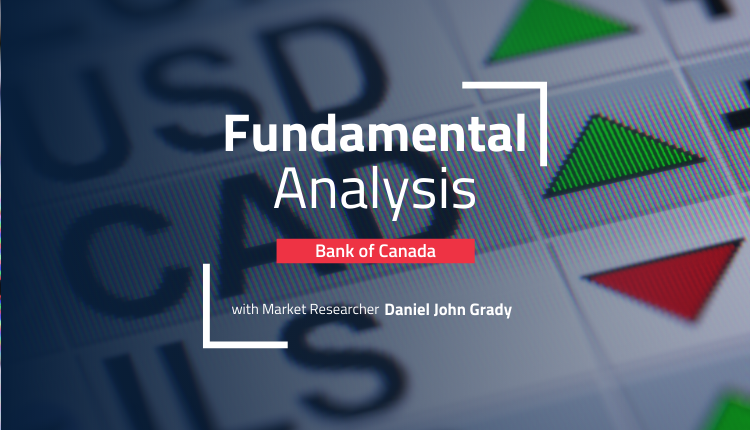 The Canadian dollar has been getting stronger lately, for a variety of factors. The two biggest ones are, of course, oil prices and BOC policy. But they intersect in a particular way which could leave the loonie a bit wobbly over the coming trading sessions. Particularly depending on what Governor Macklem says after the interest rate decision later today.

Usually, the Canadian economy is in sync with its much larger southern neighbor and most important trade partner. And the BOC is facing a similar problem as the Fed, in terms of high inflation and fine tuning the economic “landing” post-pandemic-recovery. But, unlike the US, Canada had a massive economic growth spike in the first quarter.

Not all that shines is gold

While economic growth well above 5% would normally be a good thing, it makes it difficult for the central bank. It could be a sign that the economy is overheating, and inflation can become a serious problem. But it also means that the central bank has a lot more room to raise rates. With inflation near 7.0%, the expectation would be that the BOC would hike rates aggressively, maybe by 75bps in order to get to the 2-3% range where a “neutral” rate is speculated to be.

Yet in recent testimony before Parliament, Governor Macklem basically ruled out a 75bps hike. The market agrees and is pricing in a 50bps hike. Meaning that the market could react a little to a rate hike at the meeting. The focus is going to be on the press conference later.

Where the problem lies

If the Canadian dollar gets significantly stronger, it could disrupt the economy. Right now, high energy prices actually help the Canadian economy. Sure, it means Canadians have to pay more at the pump; but also Canada as a whole makes more money through crude sales.

But prices are “artificially” high because they are in response to the war in Ukraine, with sanctions and countries trying to move away from Russian oil. These high oil prices could reverse at any time, which could mean less economic growth but still high inflation. The BOC can’t bet on high oil prices when determining its monetary policy.

Keeping up with friends

The bottom line is that the differential in interest rates is what drives the currency pair. So, if the Fed is raising by 50bps, then the BOC raising by 50bps leaves things where they are. But if the BOC takes on a more aggressive approach than the Fed, it could leave their dollar much stronger, and make things a lot more difficult for the economy.

So, the consensus among analysts is that Governor Macklem will say that another rate hike is coming. That would likely keep the current trajectory for the USDCAD. But if he were to deviate from the script a bit, for example, by suggesting that the BOC will take a more cautious approach, then the Loonie could lose some of its recent strength.