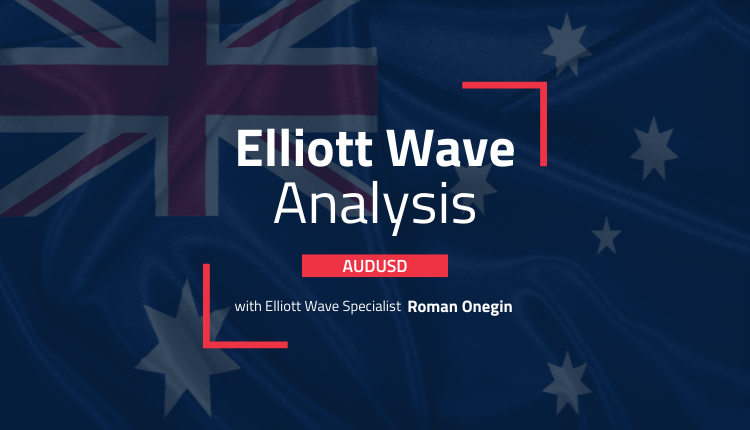 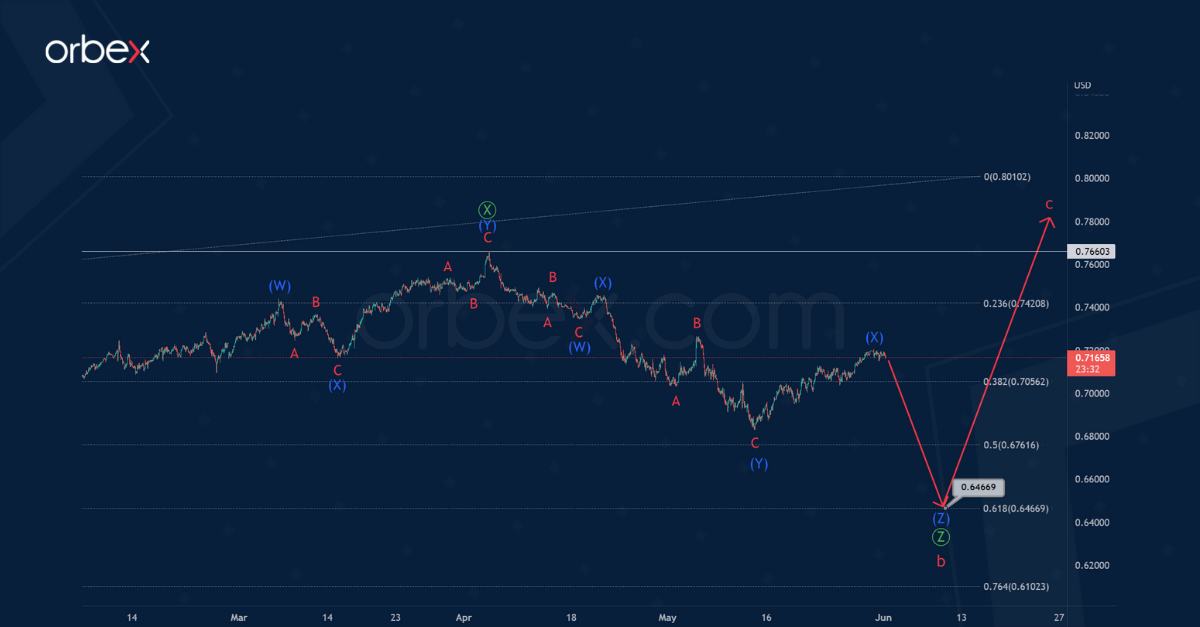 The internal structure of AUDUSD on the 1H timeframe suggests the formation of a cycle zigzag a-b-c. The bearish correction b is currently under development. This consists of primary sub-waves Ⓦ-Ⓧ-Ⓨ-Ⓧ-Ⓩ.

The last section of the chart shows the structure of the last primary wave Ⓩ.  It is similar to the intermediate triple zigzag (W)-(X)-(Y)-(X)-(Z). To complete this correction pattern, the final actionary wave (Z) is needed. It is possible that the wave (Z) will take the form of a minor zigzag A-B-C and will end near 0.646.

At the specified level, cycle correction b will be at 61.8% of cycle impulse wave a. 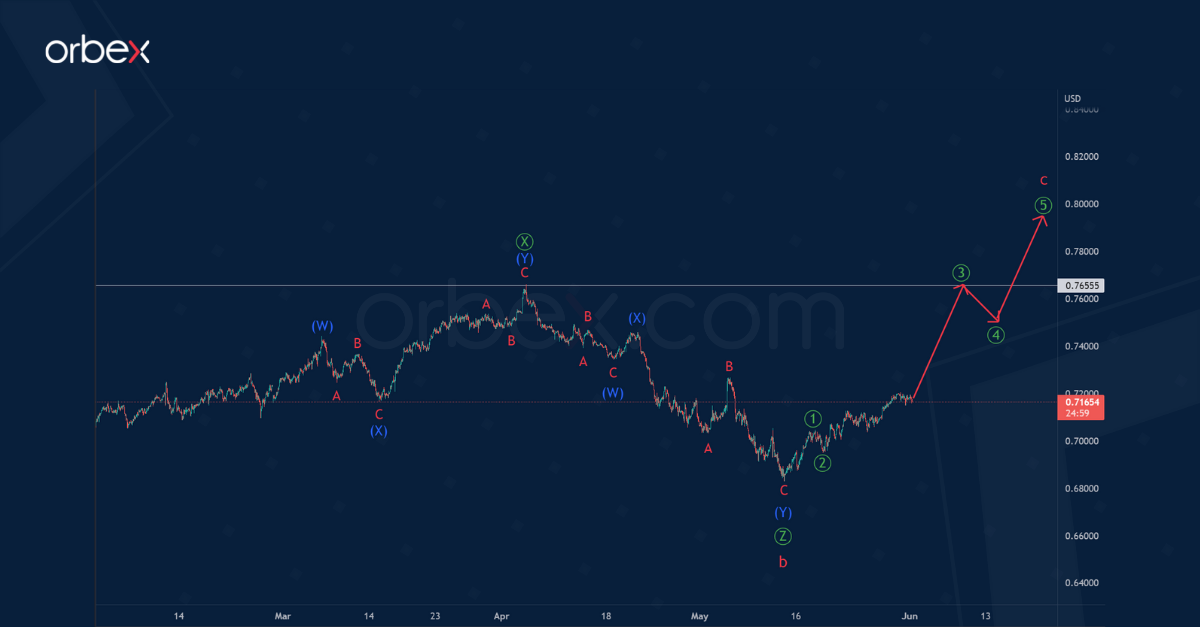 According to the alternative, the bearish wave Ⓩ of the primary degree, which is part of the cycle correction b, can be fully completed.

Therefore, the primary wave Ⓩ is a double zigzag (W)-(X)-(Y) of the intermediate degree, and not a triple zigzag.

Thus, in the next coming trading weeks, the currency pair could move higher within the new cycle wave c. This could reach the previous maximum of 0.765.

The approximate internal structure of wave c is shown on the chart and marked with primary sub-waves.

BOC To Hike Rates, But Then What?