Are We Headed for a Recession or Stagflation? 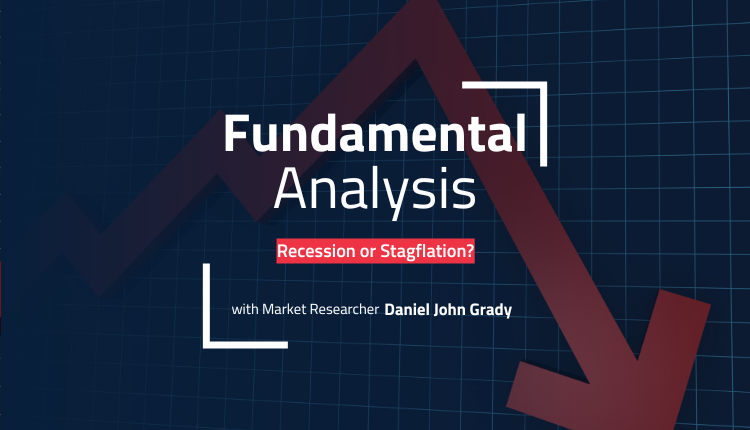 Over the past week, the general opinion on the markets has generally soured. The S&P 500 is back in bear territory, the yield curve is inverted, and central banks around the world are desperately trying to curb runaway inflation. Some talk about stagflation, others about a recession. But the two conditions are vastly different and need to be approached differently by traders.

Now, a recent survey of Economists conducted by the FT showed that 68% thought that a recession would be declared next year. “Declared”, being the important part there, because they are referring to the US’ National Bureau of Economic Research, which officially recognizes a recession. But, for a recession to be recognized, there already must have been several months of negative growth – meaning this expected recession would actually start sooner than that.

Those same economists expected inflation to remain well above target during that period. And that’s where we have to address the issue of whether we’re talking about a recession or simply stagflation. Since the line between the two can be somewhat blurry as far as economic theory goes.

The main trait of a recession is that there is negative economic growth; with stagflation, there typically is no or very little economic growth. That’s in real terms, when adjusted for inflation. Meaning that you can have high nominal growth, but also high inflation, and that translates into stagflation. But in a recession, there is negative growth.

A recession is characterized by loss of liquidity in markets, and a sudden drop in stocks. Typically, central banks step in to support markets with liquidity, and this causes a rebound in equities.

In stagflation, there is an abundance of liquidity in the markets, but that money is constantly losing value. The stock market keeps rising, but dividends and earnings barely keep up with inflation. Typically interest rates are high as the central bank tries to get inflation down.

As far as politics and the general public, stagflation can be just as devastating as a recession. And even economists can call a period of stagflation a “recession”, or a series of mild recessions.

But traders looking to maximize their returns need to position their portfolio to respond to the circumstances. And it’s not uncommon for a period of stagflation to quickly devolve into a recession.

Currency trading has a distinct advantage in periods of uncertainty, because it’s just as easy to make returns when the market falls as when it rises. And there are a lot of opportunities as central banks jostle the markets with changes in monetary policy.